A Glimpse Around the Globe 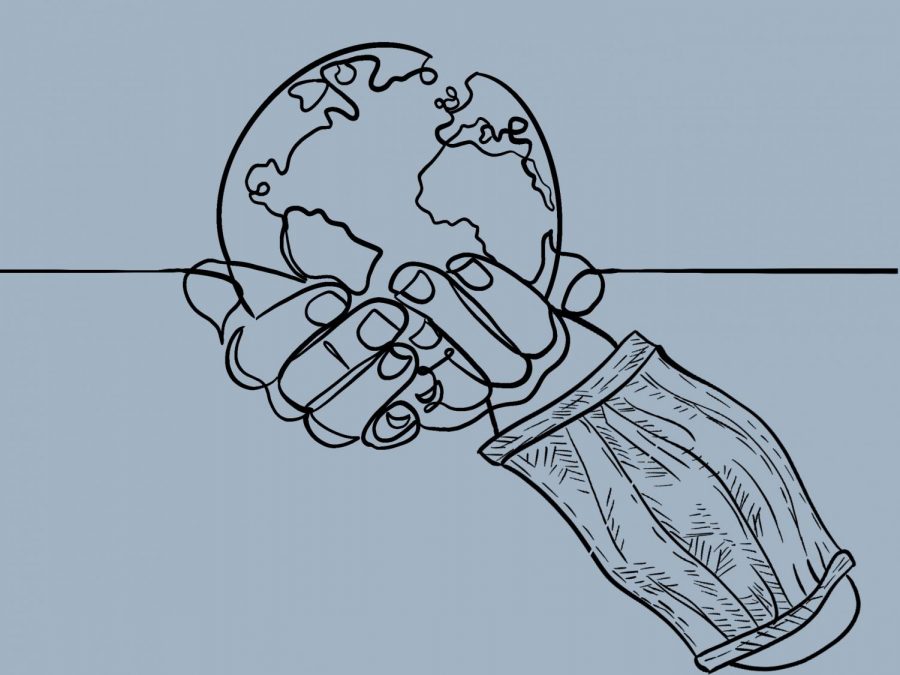 The pandemic has the world feeling that much of what is happening is out of the world’s control. Hearing different news stories, people have come to know how diverse countries’ approaches are on how they handle the virus. Collectively, no country is on the same page. The world is taking the pandemic to different heights and restrictions. Hanna Kim, Anastasia Bilak, and Lira Gacaferi are living on the same planet, although their worlds cannot be any more different. Their perspective on American policies is all shaped by how their own home country is handling the pandemic. These stories can show what they have come to think of America on behalf of what is happening on their side of the world.

My cousin Hanna Kim, moved here about a year and a half ago to study at DMACC. She is originally from Seoul, Korea but came here to study English at the age of 28. “In my town, we could do anything and everything we wanted,” Kim said. “If I wanted coffee or go visit a museum or do arts and crafts, it was all in my area. Here it’s not like that! Everything is much further away which I miss. But in general, we don’t drive anywhere in Korea. We take buses and trains so when I came here I needed to learn how to drive. But I also had to work a lot more in Korea. I’d leave my house every day at 5 am and ride the train for an hour and a half for work. Then I’d get home at ten o’clock. I was an Architect but I came here to learn English so I could be or go wherever I wanted because English is all over the world.”

To my cousin, the US is not as strict or efficient with handling the pandemic as Seoul. “In Korea, everyone wears a mask,” Kim said. “Even when we’re outside it’s required to wear one. But all the businesses and shops are still open. The government is very good at tracking our movement, that’s how they’ve been able to slow the spread. Their technology is also much better than in the United States. Anyone who gets COVID is traced and the government knows exactly who they’ve been in contact with. But people don’t mind or care, they follow the rules.”

However, Anastasia Bilak lives in a small town in Ukraine. She was a foreign exchange student here as a senior a little less than two years ago. “Here we have transportation everywhere open to the public,” Bilak said. “When I was in Johnston I was always asking for a ride somewhere which was super annoying. It’s nice that we have trains and buses to take me anywhere.

Bilak believes America takes the pandemic extremely seriously. “I think America is very strict when it comes to the pandemic,” Bilak said. “Here, we can do whatever we want. It’s kind of a choice if we want to wear our mask even though I think we should. You wouldn’t realize how corrupt our government is too. For example, businesses are all supposed to be shut down. But walking down the street a bunch of the stores and coffee shops are all still open. We know these places pay the government to stay open. Cops will come to these stores to give them a fine for being open and tell them to shut down. But they’ll write the government huge checks to stay open.”

Much like Bilak, Lira Gacaferi is seeing problems with her government in Kosovo (a bordering country to Serbia.) She was another former student here her senior year of high school. Now she is 19 and currently studying food science and biotechnology as a sophomore in college in a city called Peja. “People in general are different because I think we are more friendly and we don’t have a problem talking to strangers right away and when a guest comes we have that thought for treating him or her even better than the family members,” Gacaferi said. “But I think that people in Iowa are a lot more different from people in other parts of America because of the hospitality people in Iowa gave to us. I didn’t see much of that in New York. I think the people there can be more selfish.”

Gacaferi also explained the struggles of Kosovo’s government right now. “In fact we had a lot of changes this year due to the pandemic,” Gacaferi said. “So in the last year we’ve gone through 3 different government leaders due to the pandemic and trouble with Serbia. But with our new one prime, there’s so many new COVID cases. They’ve now separated some cities and put them on lockdown after 5:00 pm and closed the stores at noon. On top of the virus, our country was already struggling with the destruction from a massacre that happened in 1999.  Serbia came here and forced people to leave Kosovo because they always wanted our land. They tortured and killed men, women and children, raped girls, robbed, stole things, and bombed out homes. Even though it was a while ago people are still experiencing trauma, pain, and they’ve lost their families. Even for me, the toxins are still here in some lands and they affect our food and air.”