All emotion is lost in new “Carrie” adaptation 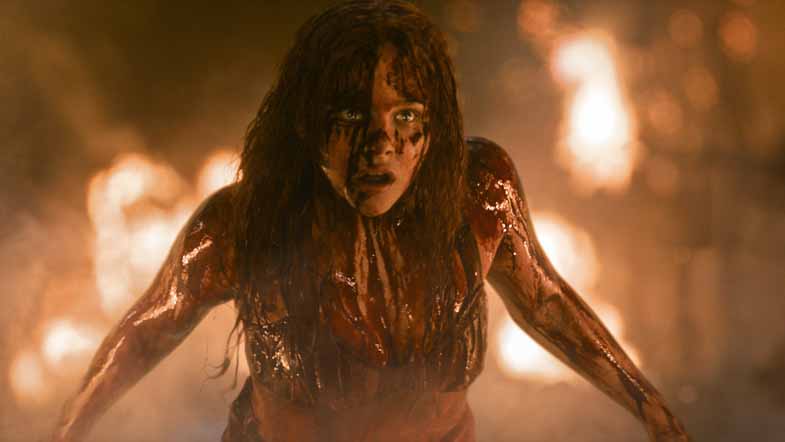 Hollywood has made so many Stephen King adaptations that they have gone back to readapt his first published book . . . for the third time. King’s “Carrie” was adapted for the first time in 1976, two years after it was published and the film has been referred to as a classic by many people ever since.

In today’s world, with almost every film ever made available to stream instantly to a television, what is the purpose readapt a book with an already great film that is so readily available? The business reason is that the studio will make even more money but from a creative side this gives the new talent to make a better film, or even a better telling of the book, than the original. On most accounts, like the second film adaptation of “Carrie,” readaptations/remakes pale in comparison to the original, and this one does as well.

Chloe Grace Moretz, the only age appropriate actor in the film, takes over for Sissy Spacek as Carrie White, but is left in her shadow. I have been a fan of Moretz ever since her first major film role in “Kick-Ass” and her acting has been only getting better ever since, until now.

Moretz’s acting in the film is hit and miss. When Moretz is showing Carrie’s “good” side, and in scenes where she doesn’t use her telekinesis, she fails to portray a believable bullied teenager or convey the emotion that Spacek gave in these scenes. It is hard to see past Moretz’s past performances where her characters usually stand up for themselves.

While not as eerie as Spacek, Moretz shines in scenes of Carrie getting vengeance with her powers. Moretz brings her fierce action from the “Kick-Ass” series to these scenes and it is great to watch, but when she is practicing her powers in her bedroom she reminds me more of Matilda than Carrie. Unfortunately, Moretz’s performance is one of the biggest problems in this film, and she was miscast for this role. The studio would have been better off casting an unknown actress in the role who could effectively portray Carrie.

One of the only flaws from the original “Carrie” is that it is dated. When watching the 1976 film it is hard at first to get past all the old hairdos and styles. Simply updating the story for modern day is one of the only reasons to remake/readapt “Carrie.” This new incarnation takes full advantage of this by adding new storylines, such as cyberbullying, but takes it the extreme by making pointless changes, such as instead of playing volleyball the students play water volleyball.

This new adaptation also tries to stay closer to the book by bringing us scenes that weren’t included in the original, such as the birth of Carrie and many lines being pulled straight from the book, but these scenes don’t add much more to the overall story to make it worth watching. Tim Burton’s “Charlie and the Chocolate Factory” had the same problem. Yes, they stick to the main details from the book, yet somehow lack the memorability and quality of the original adaptation.

The biggest problem with this adaptation is that it lacks the emotion evoked in the original. In the 1976 film, when Carrie is announced as prom queen is a heartbreaking scene. As Carrie walks toward the stage in slow motion, the audience is fully aware of what will happen once she arrives there, and it is hard to watch because this is the only moment in the whole film where Carrie is actually happy. Even when Carrie gets her payback it isn’t very fun to watch, because we know this will be the downfall of her character.

The original is such a strange film leaving the viewer feeling just as strange. We don’t care much for Carrie because she never stands up for herself, yet we feel bad because there is no escape, school or home, for her. Is Carrie the hero or the villain? She stands up to the bullies, but still ends up slaughtering the entire school. This new adaptation leaves me with none of these feelings, because I didn’t care about Carrie.