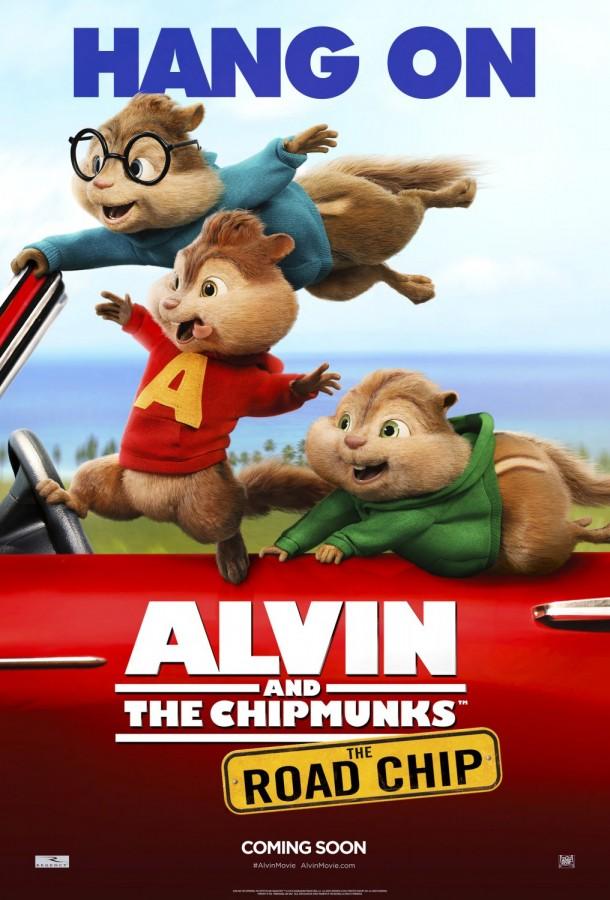 The one movie that had the nerve to compete with Star Wars, was of course one of the worst movies of 2015. The first two movies of this series was were not that bad, but the third and fourth installments took turns for the worst. There is no amount of new animation or musical talent, that can fix this broken movie. That is, if the writers continue to refrain from trying something different. It is amazing they have even made it this far.

In this movie, Alvin is still a terrible role model, and all the rest of the characters lose any of the development they got in the previous films. All the live action actors look like they really do not want to be there, and do not leave a lasting impressions. The story is not even that interesting to begin with. So, of course the actors reflect that. Constantly there were sub plot lines that were way more interesting but the movie does not do anything with them. Instead they keep going with the stupid cross country road trip story.

Not to mention, there is a new villain that comes in. That could have been a good thing, but this guy is even worse than “Uncle Eon” from the previous movies. The movie tries to fit in so many other celebrities in, it gets annoying. The chipmunks really can’t hold their own weight in a movie, and the absence of the chipettes did not help at all. Even the animated series on Nickelodeon of the chipmunks is better at writing the characters.

This movie was a huge disappointment, but many people could have predicted that. The real disappointment is that the movie will get your hopes up in a few short lived scenes, but the rest of the movie is complete garbage. For that reason, I give this movie a 5 out of 10. People can always hope for the best with these kinds of movies, and there is nothing wrong with that. Yet, Alvin and the Chipmunks will always be filled with untapped potential and lost causes.