Anna Lam nominated for feature picture of the year 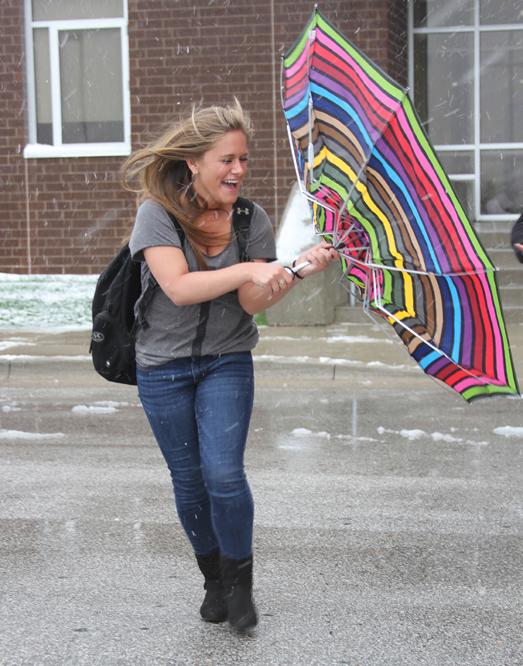 Senior Anna Lam received a nomination for the NSPA feature picture of the year.

“I was excited when I first heard,” Lam said. “Kids in our school don’t get nominated very often and it’s a national competition so it’s pretty cool.”

The picture shows a student struggling with an umbrella while it snows outside.

“It was May and snowing so I just went out during lunch with my camera,”  Lam said.

Lam is one of 10 students with pictures nominated for this award.  Judges will vote on the top three at the JEA/NSPA Fall National High School Journalism Convention in Boston on Nov. 14-17.  Lam is hoping to place in the top eight in the contest.