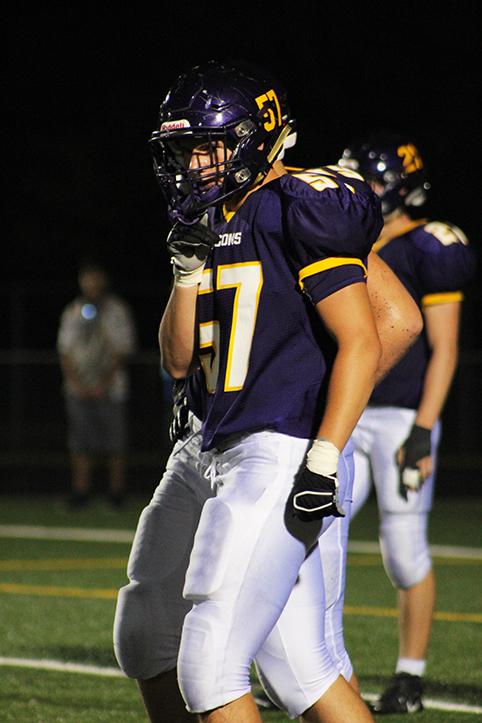 A number can mean anything. For the football team and Austin Nichol ’17, the number 57 means honoring a friend. Nichol is the longtime friend and teammate of Hank Evans who passed away in 2014, and Nichol will be wearing Evans’ number during his senior year.

The idea for Evans’ jersey to be passed on came about late in 2014, a time after Hank’s passing. Hank’s mother Lori had felt that his number had meant something more than simply being the number on his jersey, but could not figure out the possible meaning.

When Lori and her husband Clint were taking their daughter Addy to college in late 2014, they met a woman who had lost a son as well, and she led them to a Bible verse in Isaiah 57: “Good people pass away; the godly often die before their time. But no one seems to care or wonder why. No one seems to understand that God is protecting them from the evil to come. For those who follow godly paths will rest in peace when they die.”

Discovering that this verse shared the same number as the one on Hank’s jersey, Lori and Clint realized that their son’s number should be passed on. They decided that they wanted it to go on to someone who had a similar personality to Hank, someone who was a team player, had a great sense of humor and who respects others.

The Evans family and the Nichol family had known each other for years, and Austin and Hank had been as close as brothers, so it was a no-brainer for Clint and Lori.

Nichol wasn’t surprised when he was called on to accept Evans’ number during an awards banquet in the fall of 2015. “They talked about how they were going to pass the jersey on to someone who knew Hank well and shared his faith and was like a brother to him,” Nichol said. “At that point I thought, ‘OK, it’s going to be me.'”

According to coach Brian Woodley, Nichol wearing Evans’ number has a big impact on the student body. “I think all the kids at Johnston still feel for the loss,” said Woodley.

To Nichol, the most important part about wearing Hank’s jersey is honoring his legacy as a student and football player. “It’s a connection to him that I didn’t have in the past,” Nichol said.

Clint and Lori hope that the number can be passed on to future generations. “We hope we’re allowed and able to pass the jersey on to someone who has faith like 57,” Lori said.