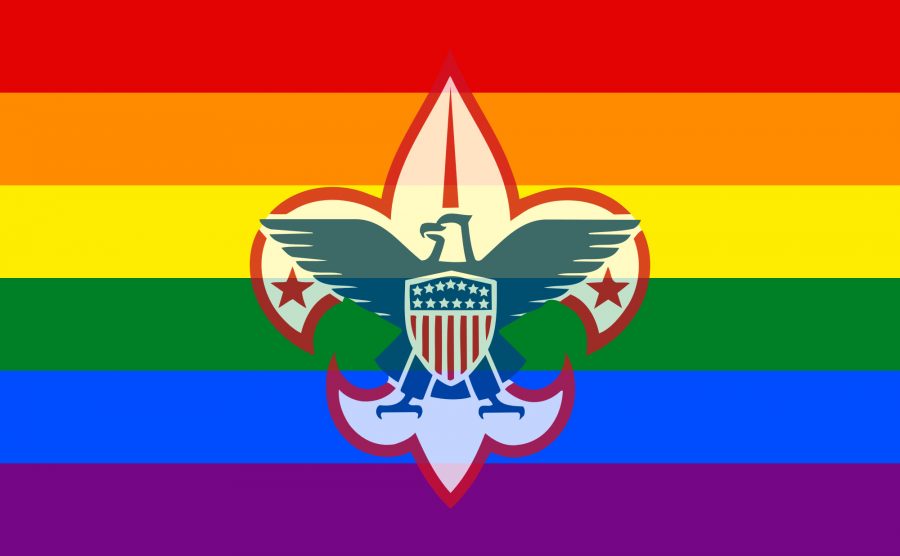 As an Eagle Scout I’ve been in Boy Scouts for quite awhile, and throughout that time my image of what boy scouts look like hasn’t changed.  My image is an old white guy with shorts pulled up too high.  This is the common image of a Boy Scout, but in reality scouts are just normal young men looking to learn life skills.

Boy Scouts of America lifted their long standing ban on gay scouts January 1, 2014. This was a good move on part of the BSA.  They made a good call to start the long process of de-discriminating scouts based on sexual orientation.

When the decision was made I remember thinking, “That isn’t really that big of an issue.”  I thought that everyone was probably on the same page that gay scouts were fine, there wasn’t anything wrong and they should be accepted.

Boy, was I wrong.

After the announcement that gay scouts were now allowed in scouting everyone in my troop received a very strange email from a scout’s parents.  It was a long email about how the decision on allowing gay scouts was the end of scouting as we know it.  They insisted that gay scouts were immoral and they didn’t want them corrupting our youth.

The scout’s dad was a pastor, and in their email they argued that being gay was in direct violation of their branch of christianity.  So, they thought that being gay interfered with a scout’s ability to live with faith.  Also, it was just a wrong decision, it wasn’t a very pretty email.

They caught a lot of flack from the troop leaders, and pulled their son out of our troop shortly after.  Someone outside of scouting would probably think of this family as the typical scout family.

In my eyes scouting has never seemed super progressive, but I have never really thought of scouting as intolerante.  They don’t care what religion you are, as long as you have a religion.  You can be any nationality.  You can have any sexual orientation, and as of January 30th, 2017 you can now be a scout as long as you identify as a male.

There are still some organizations that still think that the BSA are not going about change in the right way.  The American Civil LIberty Union still believes that Boy Scouts are discriminatory.  In the article “Don’t Clap Just Yet for the Boy Scouts”, according to Lorenzo Laing, “Over 70 percent of scout units are religious charters.”

Boy Scouts made a stipulation that a church sponsor can decide the morals of the scout leaders.  Basically a church that sponsors a scout unit can say no to having gay leaders because it violates that specific church.

One of the fundamental parts of scouting is a faith element. The BSA made a good temporary move to let the church allow gay leaders or not.  If they decided all at once that gay scouts and gay leaders have to be let in the boy scouts regardless of religious affiliation, lots of troops would be disbanded.

There were lots of examples of churches dropping troops over the lifted ban on gay scouts.  There was a church in Murfreesboro Tennessee that dropped its Cub Scout and Boy Scout units over concerns about the policy over ‘sexual purity’.

The way that scouts can become more progressive is if it slowly starts separating itself from the church.  They should still keep faith related pins and badges, but they can start trying to branch out from only being sponsored by churches.

If a Boy Scout troop was sponsored by a school then there would be no issue with religious based discrimination.  There should be more church independent troops to slowly transform the image of the Boy Scouts.
With the recent decision to allow transgender scouts into BSA, we are a step closer to transforming the image of an old conservative man in his green scouting shorts and long white socks into an image of an average young man learning useful life skills.