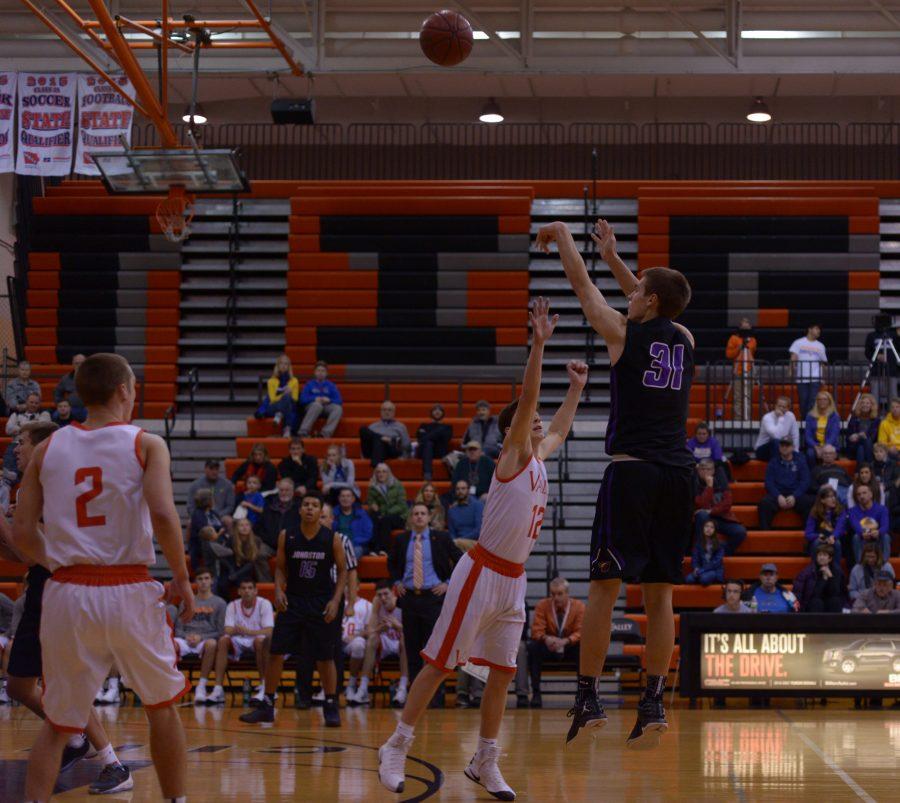 Camden VanderZwaag'18 completes a shot over a defending Valley player. The boys play next Friday, Dec 9. at home.

The girls’ and boys’ basketball teams played state powerhouse West Des Moines Valley Tuesday, Dec. 6. Both games were extremely close at halftime, with the girls up by 4, and the boys down by 2.

However, the beginning of the 3rd quarter was a turning point for both games. The girls went on a 19-4 run, lead by a swarm of 3-pointers shot by guards Paige Sieren ’17 and Jennah Johnson ’18. This incredible performance largely put the game away, and the girls won by 20 points. The team is 4-0, and on pace for a fantastic run in the state tournament.