Boys and Girls Cross Country Open Their Season At Pleasant 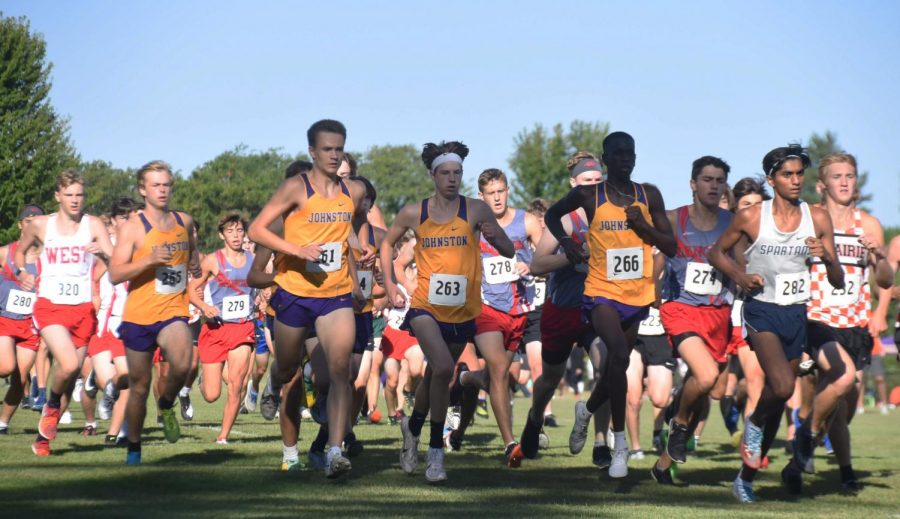 The boys Varsity team starts the race in the front. They placed second at the meet only losing to Prairie by six points.

The boys and girls varsity and top JV teams opened their season on Saturday September 5, 2020. Both teams started their seasons off well with both JVs winning their meets. The girls varsity won their race and the boys varsity placed second by only six points.

Both team’s varsities will be running at Marshalltown on September 10, 2020 against some of the top competition in the state.