In the age of social media, celebrities have more influence over peoples political beliefs than ever. Though it has been controversial, this influence can be a good thing. 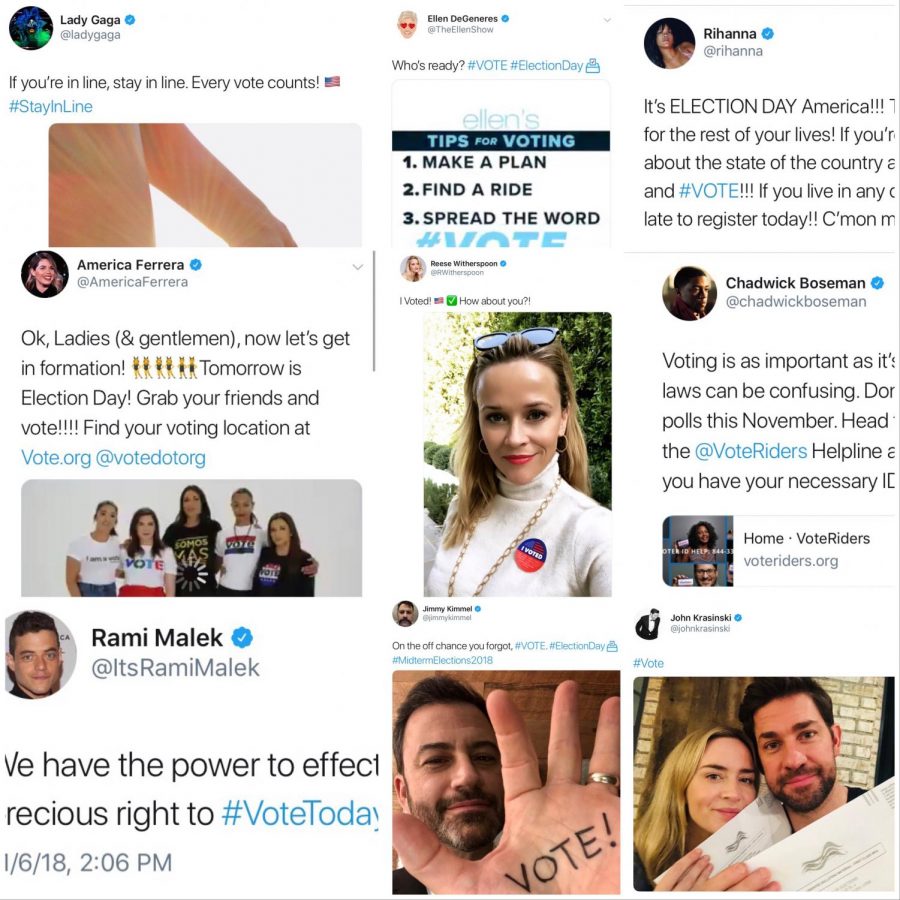 On October 7th, Taylor Swift shared an Instagram post encouraging her followers to register to vote in her home state, Tennessee. Following this post, voter registration spiked in Tennessee dramatically, especially amongst 18-24 year olds, which are Swift’s key demographic. An estimated 65,000 18-24 year olds registered to vote after seeing Swift’s post.

The media has often been called the fourth branch of government. With the great influence social media plays in today’s society, it has become a part of that fourth branch. Practically every famous person has a Twitter and Instagram, and in a time of great political polarization, celebrities have used their social media to be politically active.   This has caused people of influence to gain political impact over a large chunk of America, especially the younger generations. Celebrities having political power can be a good thing because it can bring attention to issues and make a voter more informed, but it can contribute to people only listening to one viewpoint. Overall, celebrities having power over our politics is beneficial to our society.

Congressional Midterms are quickly approaching and many celebrities have become engaged in politics.  America Ferrera, star of “Ugly Betty” and “Superstore”, has been very politically active. Ferrera’s Instagram feed is full of posts encouraging her followers to register to vote and showing the resources they can use to help her 800,000 followers register. While Ferrara has been more liberal in her views, both her and Swift have encouraged their fans to become politically active. According to the “Washington Post”, roughly 100 million eligible voters did not vote in the 2016 election. Not every American citizen is aware of how to be politically active and how to vote, and most are not going to take the time to sit down and figure it out. So, seeing a post from their favorite famous person on their Instagram feed, directing them to register to vote, gives people the motivation and resources to do so. No matter their political allegiances, celebrities encouraging their followers to vote is a good thing. The more people who vote, the more accurately the government will represent the entire country’s beliefs.

Celebrities can also use their fame to shed light on an issue. A great example of this is late night talk shows such as John Oliver’s “Last Week Tonight”. Oliver’s weekly night show consists of him dissecting issues that most people are not aware of, like Public Defenders, and issues people are aware of, like immigration. Oliver uses facts and interviews with a comedic skew to spread awareness. A lot of issues are very complex and take a long time to thoroughly understand, so shorting them into a 20 minute comedic segment makes it much easier to process.  The more aware Americans that are of issues that the country faces, the faster and more efficient these issues will be solved.

The 2018 midterms are not the only times that celebrities have been active in politics. In the past three presidential elections, celebrities’ influence on politics have been amplified thanks to social media. Before the days of twitter, celebrities had a harder time displaying their views. Now, they can tweet or even re-tweet something and millions will see it.

This was especially popular in 2016, which was a very heated election to say the least. Several of the most followed people on Twitter advocated strongly for Hillary Clinton, such as Katy Perry, Lady Gaga, Ellen, Justin Timberlake, and Rihanna. Despite all this support, Clinton did not win the election. This has caused people with influence to rev up their activism for the coming 2018 midterm elections. A majority of celebrities advocate for democratic candidates so, if Democrats win the House and Senate, their influence will be proven.

While celebrity support has many pros, a con is that it helps contribute to the polarization the political parties. If someone were to rely on celebrities for their only source of political information, they would have a very one sided view of issues. Listening to only one viewpoint leads to a misunderstanding of the issue. Celebrities are good to shed light on an issue, but it is never a good idea to rely on famous people as the only source of information.