Could I Have Fries With That? 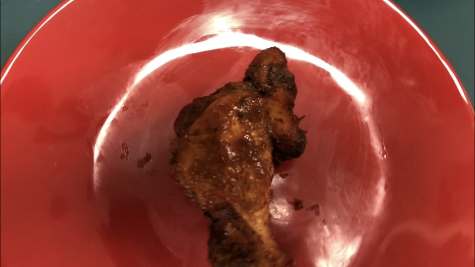 Imagine a big juicy cheeseburger, oozing grease from all pores. crispy sizzling bacon lazily strewn across the burger begging to be consumed. This delicious staple of American diets contains over 600 calories. On average males should consume 2,500 calories per day, that cheeseburger is 24 percent of the daily caloric intake for a male. Combine that burger with a medium fry and a shake that brings the total calorie count to 1610. If meals similar to this were repeated three times a day, a person would be 2,330 calories over their daily recommended caloric intake.

Now obviously there are exceptions, not every human on Earth needs 2,500 calories. For example, athletes need more calories than the average Joe. However on average, Americans are eating 3,600 calories a day which compared to 1961 is a 24 percent increase. All of those extra cheeseburgers have taken a toll on America’s waistlines, over 70 million adults in the U.S are obese. To put that number in context there are 327 million people in the United States. That means 21 percent of the population is obese. The term obese is often thrown around, but some people have a misconception on the definition of the term. Obesity is not the same thing as being overweight. According to the (Center for Disease Control) CDC obesity is being extremely overweight. Having 21 percent of Americans grotesquely overweight, is directly contributing to a healthcare crisis.

The list of health complications associated with obesity is well researched and numerous. According to the CDC, obese individuals are at a higher risk of type two diabetes, high blood pressure, heart disease and strokes, and certain types of cancer. The list continues on for some time but my point is made. There is a reason why every time a person visits a doctor they are weighed, and if needed weight loss is discussed. One major reason as to why America’s obesity problem is an epidemic is childhood obesity. Unhealthy habits are picked up by children and then repeated throughout adulthood.

According to the CDC the prevalence of obesity was 18.5% and affected about 13.7 million children and adolescents. Johnston is not immune to that statistic. “I would say first and foremost, that our PE and health programs is something we implemented to combat (childhood obesity),” superintendent Laura Kacer said. The effectiveness of these programs are debatable, but at least an attempt is being made.

Some people would argue that personal health is a personal problem. “I take my health into my own hands and make sure that I stay healthy,” Riggen Snyder ‘22 said.

Healthy choices are not solely the responsibility of the school or the individual, it is a combination of both parties. “I think that probably could be a collective effort certainly. We all have the ability to make a good choice or a not so good choice when it comes to what we are going to consume,” Kacer said.