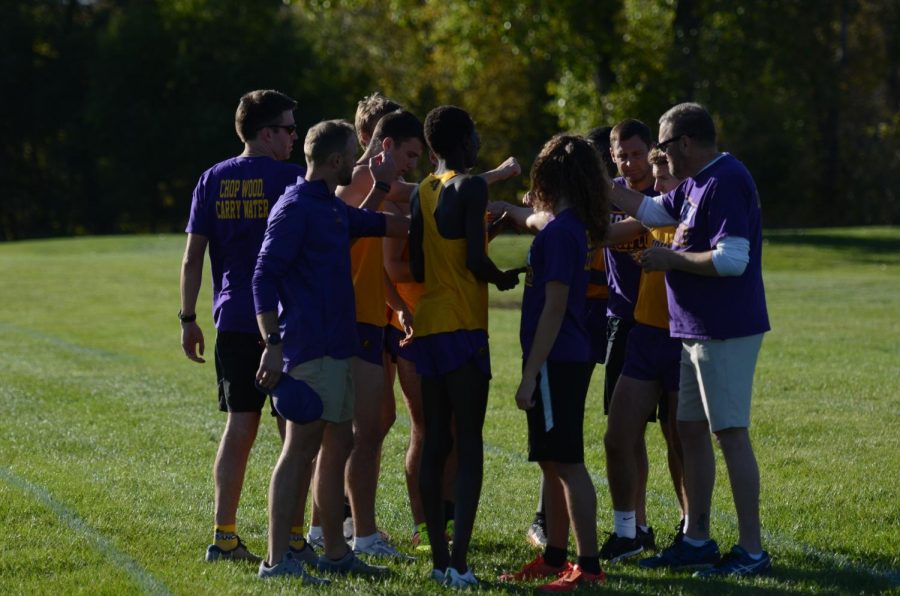 The runners and coaches meet on the course minutes before the CIML conference meet. They placed third at conference and second at districts.

Boys and Girls cross country dominated at the conference and district meets. The girls won both meets while the boys placed third and second.

The girls team had great performances from their varsity at both meets. Bella Heikes ’21, Aleah Tenpas ’22 and Sam Strauss ’22 all placed in the top five at the conference meet and the district meet. The girls dominated both meets winning each meet by at least 43 points.

The girls JV team placed second in their final official meet at the conference.

The boys team had great performances from their varsity team but  their JV shined. Sam Schmitz ’20 and Karson Kleve ’20  placed in the top 10 at conference and at districts. Schmitz, Noor Noor ’20 and Hunter Briggs ’20 all were in the top 10. They got third in conference and second in district.

The boys JV team won the JV meet. This meet placed the top two JV teams in the state, Johnston and Dowling Catholic, against each other. Johnston came out on top by one point and had a huge performance from Matt Borgmeier ’21 who won the race with a time of 16:38, which would have been good enough for thirteenth in the varsity race at conference.

Both teams qualified for the state meet which will take place at Fort Dodge on Nov. 2.