Cross my heart before donating to the Red Cross 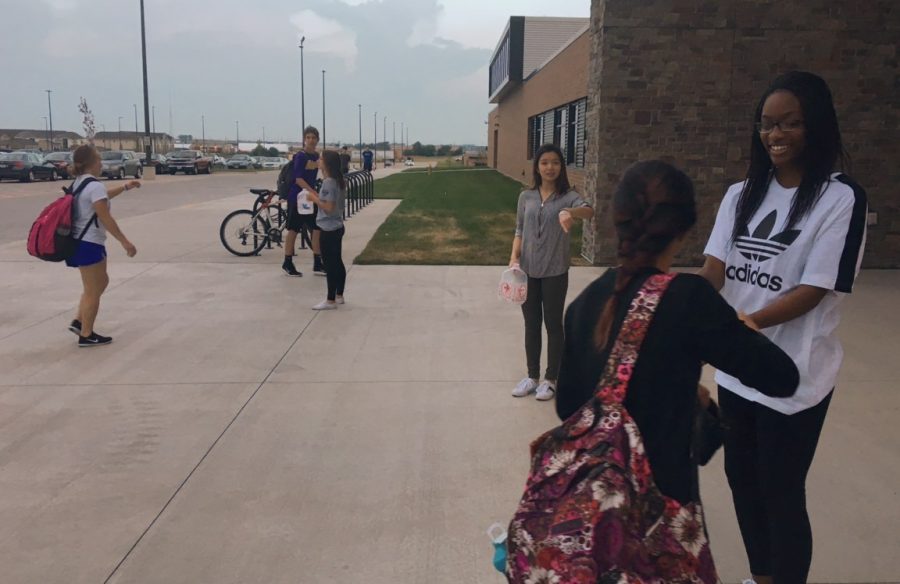 When the money in my bank account decreases, I get a gut-wrenching feeling in my stomach. I am the type of person to internally debate myself on whether or not I should buy a certain item. I am incapable of spending most to all of my money on just a whim. This is why when I donate money, I want to make sure all the proceeds go to the cause.

During the week of Sept. 18-22, surrounding metro schools along with Johnston held a friendly competition called the Hurricane Relief Change Battle. Students from Johnston, Waukee, West Des Moines Valley, Urbandale and Dowling Catholic were to bring in coins and spare change. All proceeds were donated to the American Red Cross.

However, the Red Cross has come under fire recently with how they handle the money donated to them. According to the Washington Post, the Red Cross has gotten about $500 million in donations for Haiti’s Earthquake but seven years after only six homes were built. Haiti was one of the Red Cross’ most successful fundraising campaigns ever.

With all the controversy surrounding the organization, is their even a guarantee that our money will end up going to victims? Our school principal thinks so. “If we weren’t confident that (the money) wasn’t going there, we wouldn’t have donated anything,” Principal Ryan Woods said.

Because the money was raised between metro schools, the organization of choice had to be approved by all chief financial officers. “The Red Cross was the one unanimous organization that everyone’s financial person said ‘that’s the easy one’ because their known, there are not issues with it, and they have a good feeling about where their money’s going,” Woods said.

For years, the Red Cross has been an approved organization that schools can legally send funds too. The donations collected by the schools were sent to the organization noted as “hurricane relief”.

Mark Tauscheck is the Regional Communications for the Iowa Red Cross. He believes that the money go towards the victims of these natural disasters. “We work to keep our management and our general and fundraising expenses as low as possible so that on average, 91 cents of every dollar to the Red Cross that we spend goes to our programs and our services,” Tauscheck said. “And when that money is donated to us and it is specifically for a specific event, we earmark that money for that disaster response.”

According to a report done last year by Senator Chuck Grassley, $124 million or 25.4 percent of the donations received by the Red Cross for Haiti was spent on administrative and internal expenses. Tauscheck declined to speak about Haiti; instead referring me to the Red Cross’ written statement on the matter.

Evelyn Avalos-Hernandez ‘18 refuses to donate money to the American Red Cross because she distrusts the non-profit. “They don’t really help rebuild schools and hospitals and the long term it doesn’t help donating so much money,” Avalos-Hernandez said. “Most of the time, they pocket most of the money and donate a small, small percentage to actual people.”

The earthquake in Haiti is not the only event the Red Cross has mishandled. As stated by Pro Publica, after the September 11 attacks and Hurricane Katrina, millions of donations never went to immediate disaster relief. In response to Hurricane Sandy and Isaac during 2012, the non-profit redirected trucks and other aid for a press conference. They wasted money and aid that victims needed for a PR stunt to make themselves look good.

Most recently, the National Public Radio interviewed Brad Kieserman, vice president of disaster operations and logistics. During the interview, Kieserman did not know the percentage of donations that went to victims of Hurricane Harvey.

The school and other metro schools should have at least done their research before picking the most heard of organization. Seeing the mismanagement of the organization, it makes me worry even more for the victims of these natural disasters. Charity Watch and Charity Navigator are great websites to look at before donating your money. They track the portion of donations that goes into actual services the organization does. Being mindful with your money can go a long way in helping those in need, but sending your money to the Red Cross isn’t going to help those in need. “Look into local organizations and churches that are actually doing a good job with handling donations,” Avalos-Hernandez said. “Make sure it gets to the victims instead of hoping that it gets to them.”