Dragons end the night with a loud roar 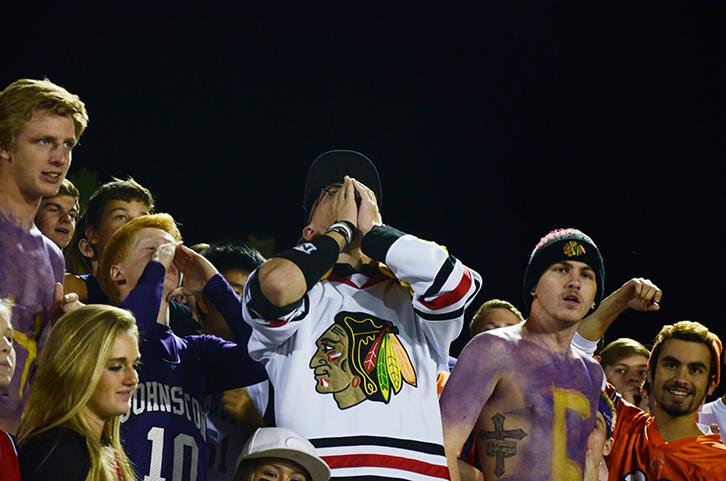 Towards the last minuets of the fourth quarter senior Joe Thatcher stands up yelling about the Dragon victory. The Dragons took down Ankeny Centennial Nov. 2 allowing them to move onto the third play off game.

The Dragons left their second play off game with a big roar, winning with a final score of 28-10 against the Ankeny Centennial Jaguars. Kicking off first quarter behind the Jaguars by seven points, the dragons were able redeem themselves during the second half. Junior Grant Gossling managed to run a 79-yard run in the last seconds of the third quarter, pushing the team to a 21-10 lead. Gossling continued his run ending the night with one last touchdown.

The varsity football team was at Ankeny Centennial Nov. 2 for their second play off game, and will taking on the Valley tigers Friday, Nov. 6 at home.