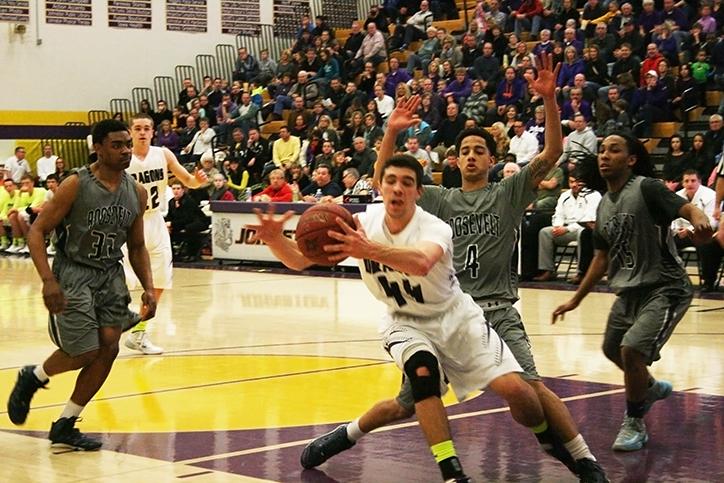 The varsity boys’ basketball team hosted the Des Moines Roosevelt Roughriders on Friday, Feb. 28. The final score of the game 60-66, the Dragons falling to the Roughriders.

The score of the game went back and forth between the two teams for the whole game, until in the third quarter the Roughriders started to obtain a larger lead. The Roughriders kept a lead of no more than 12 points.

Junior boys’ varsity player Regen Siems knows the team had a great season playing together, though the outcome may not have been how they wanted.

“We played together like a family, had an amazing run and I wouldn’t trade any of the guys for anything in the world,” Siems said.

The Dragons will play no more varsity boys or girls’ basketball games, since both of the teams have lost in their substate matches.

The teams always have next year, with time to make adjustments to their game.

“I think we can improve in shooting, rebounding, and fundamentals,” Siems said. “This season was a blast and I enjoyed every minute of it.”