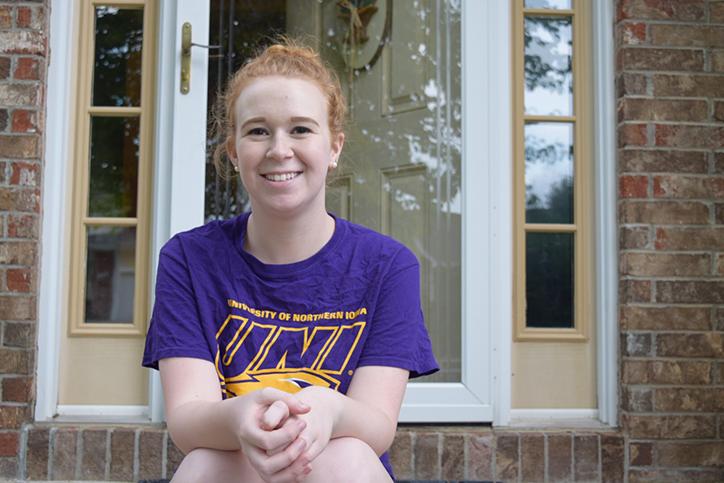 As the new school year starts, seniors like Addi Seybert have the chance to visit colleges and send in their applications. Even some juniors are taking this into account with all the possibilities. “The process wasn’t too bad actually.” Seybert, who applied early, said. “You basically get online and see what the requirements are. Honestly it took me about an half an hour at most.” After a few college visits, Seybert chose the University of Northern Iowa. Although, if a student has already made a decision, the question is whether to apply or to wait.

Recently, President Obama announced new policy changes to the Free Application for Federal Student Aid (FAFSA) application. “In previous years, students were not receiving financial aid packages until spring, which only gave them four or five weeks to make an enrollment decision before the May 1st deadline, which is the National Candidate Reply date for college admission acceptance,” Ryan Thompson, an admissions officer at Grand View University said in a statement.

In Iowa, some schools have stuck to one way of appealing to students and others have made changes. Grand View University has presented a new opportunity for kids to apply early.

Applying early gives students more options. Colleges like Iowa State University actually prefer this way of doing things. So, applicants can understand their choices better. “I think a lot of folks want to get a jump start,” Jen Sass, an Iowa State Admissions Counselor said. “Some nationwide colleges do have a very early decision policy where you commit to a college by doing things early. Iowa State is not like that, but we want to honor the fact that people want to get things rolling early.” Feeling locked into a college after applying could be why students do not want to apply early. So, colleges like Iowa State do not use that policy.

Applying early can be very effective, but might not work for all students. It all depends on what mindset the person has.

Seybert applied to University of Northern Iowa early because of the options the school gave her. “At UNI they have a lot of benefits for applying early, and I have really specific classes that I want.” Seybert said. “Then it was a lot less stressful going into senior year, because I already know what classes to take. I think early admission is really nice. I would recommend it.”

“Some kids don’t know what they want to have for dinner tonight, let alone what school they want to go to,” Justin Haas, a third year admissions officer at Drake said. “That doesn’t mean they’re putting it off, they just might be busier with other things at the time.”

Applying early not only helps the students, it can also help the staff of colleges as well. “It helps out our staff if we can start processing applications in the summer as well, because if everyone starts applying in September and October it gets quite busy in the work office.” Sass said.

There have also been changes in how schools accept applications as well. Times for visits and even new apps have made a difference. There is an app called The Common App that allows you to fill out only one application and send it into multiple schools. That way you don’t have to fill out a bunch of individual applications. Not all colleges accept it, but a lot have signed onto it.

With all the options and new ways to apply, finding the best way for students to get into colleges has changed. Yet, most colleges have a similar view on the matter. “In my opinion, I think every student should apply early.” Thompson said.