“Eraserhead” – a surreal and psychological thriller that will keep you guessing

(Warning, this article may contain spoilers) 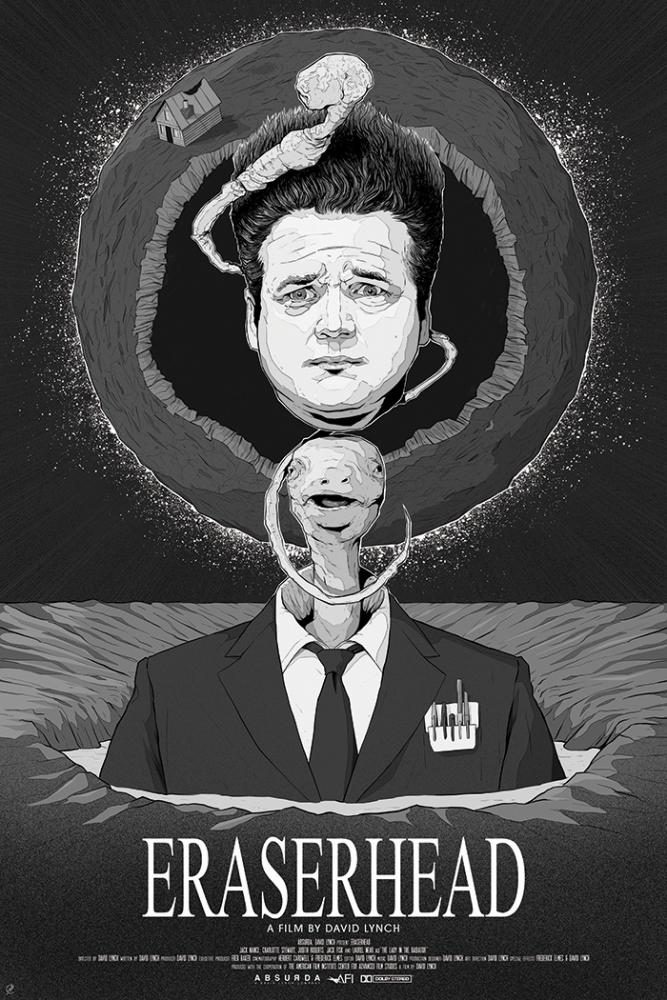 An intriguing, though admittedly confusing story, Eraserhead brings all of the elements of a good surrealist film. Excitement rose in the past year with the revival of David Lynch’s Twin Peaks, a surrealist show likely to give you chills, however, this is Lynch’s film that debatably brought him to fame.

Viewers are made uneasy from the very beginning, with the head of Henry Spencer, the man whose life is shown on the screen, releasing a strange object (which could be a snake, a maggot, a sperm cell, Lynch refuses to tell), from his mouth, and into some sort of pool by the controlling hand of the Man in the Planet.

We then find Henry going to his apartment and getting invited to his girlfriend’s parent’s house for dinner, after her being gone for months, where after a miniature roasted chicken begins spewing blood and only Henry seems to notice, along with some other strange imagery, it is revealed that Mary, Henry’s girlfriend, has been pregnant and has the baby prematurely.

Henry and Mary get married, where they raise their severely abnormal child, whose head is shaped more like an animal’s, is wrapped in bandages, and doesn’t have ears.

Over time, Mary leaves out of insanity driven by the baby, and Henry slowly comes to the same fate.

Eraserhead is filled with frightening imagery guaranteed to give you goosebumps, from heads becoming pencils to a Lady in the Radiator stomping on the objects from Henry’s mouth, with the meaning left entirely to each viewer.

Lynch intentionally leaves an almost complete lack of explanation, leaving it the fans to interpret what it means to them.

Lynch himself has it’s own meaning, which he refuses to share with anyone but says, “Eraserhead  is my most spiritual movie. No one understands when I say that but it is.”

I rate this 4 out of 5 stars and see it as the perfect film for philosophers, and anyone who’s interested in the strange.