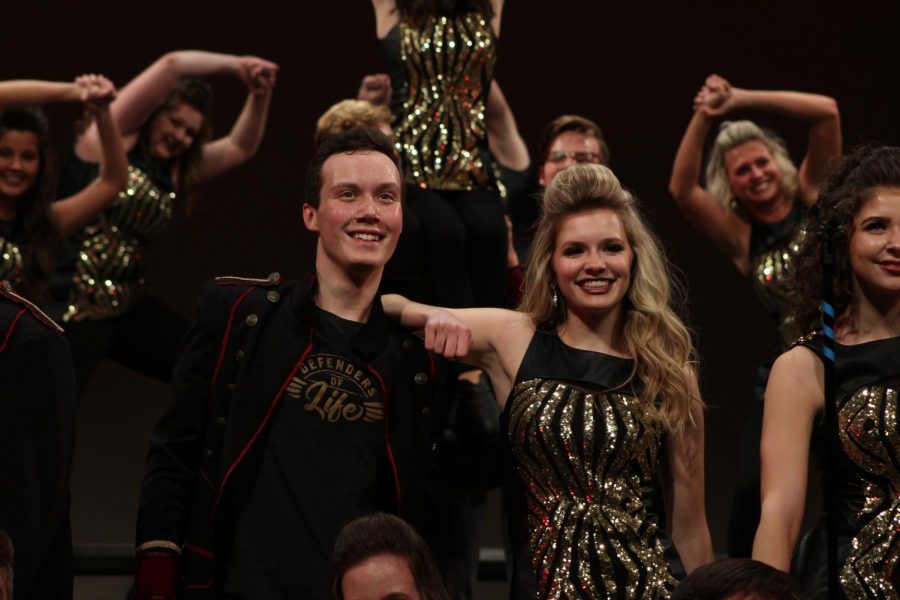 Innovation ends their performance at Showzam. Showzam is an annual show choir competition, hosted by Johnston.

Johnston show choir hosted “Showzam!” at the new high school Jan. 19-20. Showzam! is an annual innovational in which nearly 30 choirs from various schools converge and compete at Johnston high school.

Showzam! has been a major event for the choir department for years. Johnston’s Synergy performed at 11:00 a.m. on the second day of Showzam!. Johnston’s Innovation performed at 5:00 p.m. on the second day of Showzam! Urbandale’s Studio won grand champs, making them the winners of Showzam!. Ankeny Centennial’s Spectrum won first runner up. “Despite the stress of the new location and large crowds, it was an amazing experience.” Sarah Marckmann, the emcee of the competition for four years, said. “[I was] overwhelmed with love from the kids, to the directors, to the fans,”