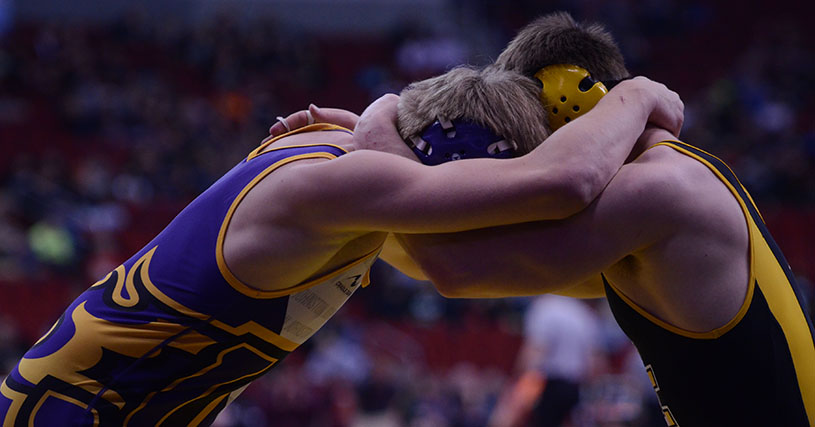 Junior Ben Wilson (182) wrestles with Southeast Polk's Kameron Padavich during the first round consolation match. Wilson lost 4-2, eliminating him from the tournament.

Five of the nine wrestlers that Johnston sent to the state tournament this week are moving on to the next day of wrestling at Wells Fargo Arena. Senior Henry Pohlmeyer (132) and junior Ethan Ksiasek (113) are both in contention for the championship and will be wrestling in the quarterfinals tomorrow starting at 9 a.m. Freshman Zach Price (106), junior Alec Ksiasek (120) and senior Shane Vaughn (138) all lost the first round but won the second round, making them in contention for the third place trophy.