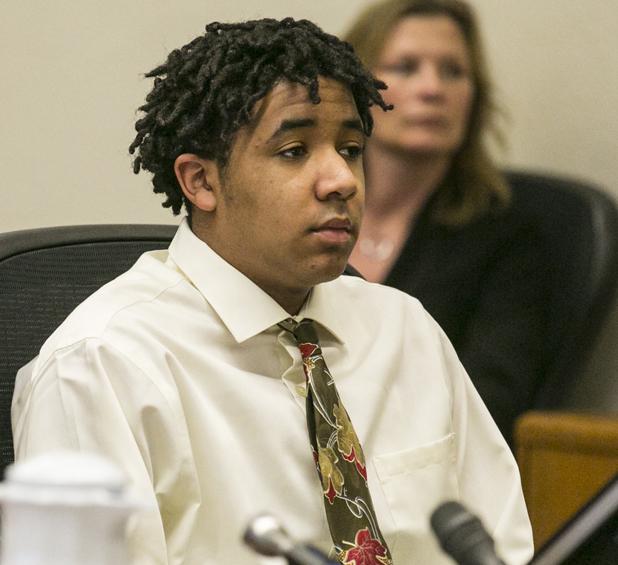 Talk of Terrance Cheeks Jr.’s early release from prison seems to be speculation.

Cheeks, a former student, participated in a carjacking that left Mike Wasike severely brain damaged Feb. 2, 2013, when he was 15.

Cheeks was sentenced  June 13, 2014, to 50 years in prison with no mandatory sentence time. He was charged for first degree robbery on two counts. Cheeks is currently serving his sentence at Anamosa State Penitentiary (ASP) located in Anamosa, Iowa, a men’s reformatory. He will be reviewed every year on June 19 to see if he is eligible for parole.

Cheeks was tried as an adult, but is currently 17 and is legally permitted to continue his education. Senior Liera Bender has been in contact with Cheeks by phone. “[Cheeks] told me that he was working to get his GED (general education development),” Bender said. The state provides many programs for inmates that include teaching and literacy work.

Although Cheeks has the option of being reviewed, it is not a simple task to be released early. “The process is not easy and involves him showing that he can better himself and the community by being released,” a spokesperson from the Iowa Department of Corrections said.

It appears that Cheeks will not be released for several years. “To the best of my knowledge [Cheeks] is not returning to this school,” principal Brent Riessen said.

Kenneth Barry, 17, and Leshaun Murray, 16, were the accomplices in the carjacking. Barry and Murray reached a plea deal with prosecutors by testifying against Cheeks. Their sentences will not exceed 20 years, and they both have a mandatory sentence of seven years.