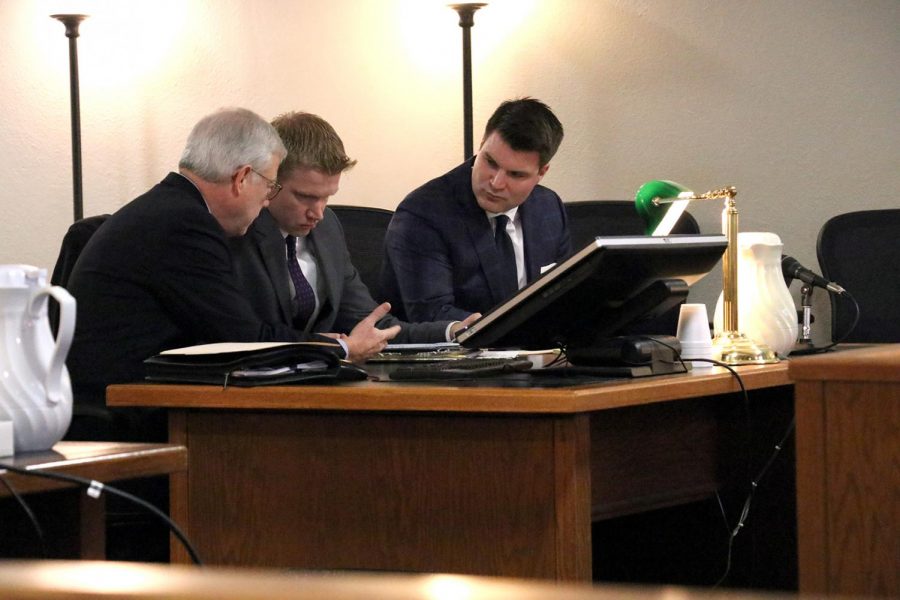 Former teacher Dustin Mead plead guilty to harassment in the first degree, a lesser charge taken from an Alford plea deal that reduced the charges from sexual abuse in the third degree and sexual exploitation by a school employee March 26.

The sentencing was conducted April 9 at 8:15 a.m. Mead was sentenced to a suspended term of two years in prison for harassment in the first degree. Due to the term being suspended, Mead was placed on probation. Mead’s no contact order against minors and current Johnston students will remain in place, but his seized property due to the search warrant will be returned. If Mead violates the probation, he will serve the two years in prison.

Impact statements were given at the sentencing by three individuals; one being the victim and the other two being family members of the victim. The impact statements lasted several minutes each, one lasting nearly 20 minutes.

The victim spoke for nearly 10 minutes.  “The abuse happened at my school, the place that I go to everyday, the place I should have felt safest,” The victim said. “[Mead] was deliberate and manipulate in his abuse. He was my teacher, I felt trapped, and I felt like I had no options.”

The mother of the victim spoke of the impact that Mead’s actions had on their family. “Dustin Mead is a sexual predator and because of our daughter’s courage, he is no longer in the Johnston school system,” the victim’s mother said.

The victim’s family knew of the plea deal that would reduce the charges before it was entered. “[My daughter] had only two questions; ‘Will this be on the record for the rest of his life?’ and ‘Will it ensure that he will never teach again?'” the victim’s mother said.

Mead was allowed to speak before the sentencing. “I’ve always done my best as an educator, I’ve always tried to be right by my students,” Mead said. “I’ve denied these allegations from the moment I heard them, I plead not guilty to the original charges. I did enter an Alford plea to a misdemeanor harassment charge and prepare to be sentenced on that charge.”

The judge responded to Mead’s statement while sentencing him. “You were right that you didn’t admit to anything, except that if you went to trial you would be convicted,” Judge Robert Hanson said. “That’s significant to the court. You say you’ve done your best as a teacher, but you’ve admitted that in can be proved in trial that that is not true.”