“Francis of the Filth,” expect the unexpected

(Warning this story may contain spoilers) 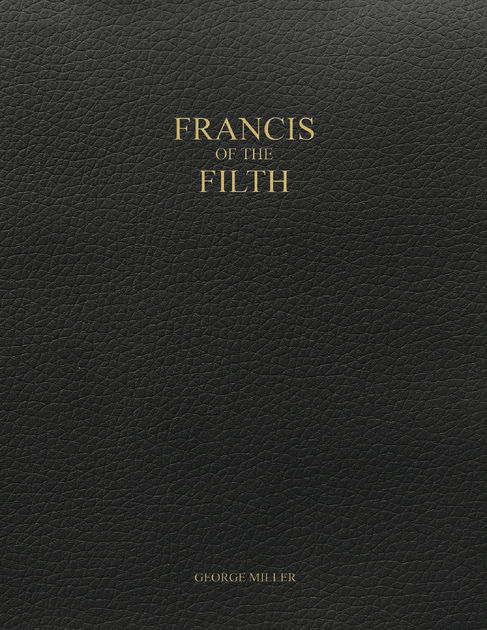 “The tiers are shifting. The omniverses are under attack. And only one man has the chromosomes to make things right. Or does he?”

Following comedian George Miller’s end to the Filthy Frank Show on YouTube to pursue his music career under the name Joji, Francis of the Filth was written for a sense of closure for the fans.

Francis of the Filth features the origin story of Frank, Pink Guy, and all of the other main characters featured in Frank’s ridiculous adventures.

The filthy adventure begins in Okinawa, 1945, where Frank is being used by the Japanese government to help find a cure to cancer, after the horrible effects of the nukes dropped by America.

His world then collapses, literally, where he ends up in another realm, where his life is forever changed. Frank is under constant attack from Chin Chin, who is believed to be “the ultimate god,” who desires to obtain Frank’s chromosomes, which is the method of traveling from realm to realm.

Going into this book, I expected nothing but the offensive humor and ridiculous setups seen on his YouTube channel, but surprised is the least I can say to describe what I felt when I started reading.

While the comedic element is prominent, the development of the characters and the emotions displayed by the gravity of the situations they find themselves in kept me reading and reading.

While previously, Frank has been viewed as misogynistic, crude, and most of all filthy, we see Frank as compassionate, before being driven mad into the state he’s now know for.

Along with Frank, we see Pink Guy, Salamander Man, and the other characters played by Joji in a new light, as intelligent creatures filled with emotions but only able to express themselves based upon their environment.

Alongside all of this, Francis of the Filth is perhaps one of the most amusing and captivating fantasy novels I’ve had the pleasure of reading, featuring all sorts of creatures and realms beyond imagination.

For longtime fans, or newbies, there’s something for everyone. From classic moments like “It’s time to stop” and a hate for weeaboos, I give it a rating of 4.5 out of 5 stars.