Varsity basketball tips off the new year against Ankeny 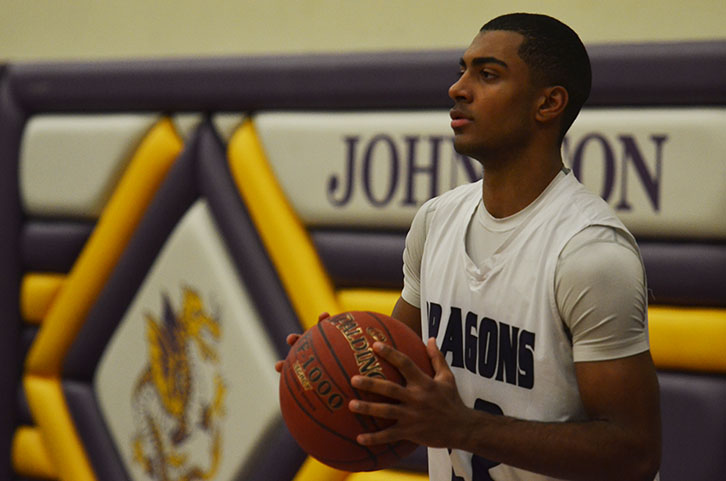 As point guard junior Jeran Proctor takes a minuet to decide who to pass in the ball to next. Our basketball teams took on the Ankeny Centennial Jaguars at home Jan. 5 the boys lost 67-43 and the girls won 61-41.

The basketball teams took on the Ankeny Centennial Jaguars at home Jan. 5. Although the boys had a loss of 64-49, the girls had a great night all around. Not only were they dominant over the fourth ranked Jaguars with a final score of 61-41, senior Rachel Hinders became the first to reach both 500 rebounds and 1,000 points in their high school career. Only two other Johnston players have reached 1000 points before. “It’s all pretty cool because I have been working hard for four years and it kind kind of shows that all of the time and effort paid off,” Hinders said.