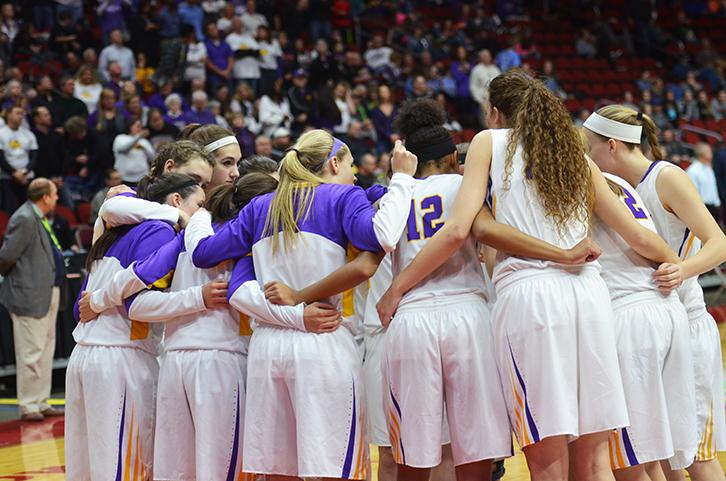 Before the game against the South East Polk Rams begins the varsity girls' team huddles up for a pep talk. The girls played against the Rams March 2, winning with a final score of 60-48.

Girls’ varsity basketball advances to the semi-finals game on Friday, March 4. They will take on number six ranked, Linn-Marr. The Dragons played the S.E. Polk Rams March 2, at halftime the Dragons were down 22-24. In the last half of the game, the Dragons were able to make a come back winning 60-48. This was the first win in the state tournament for the varsity girls’ team in 82 years.