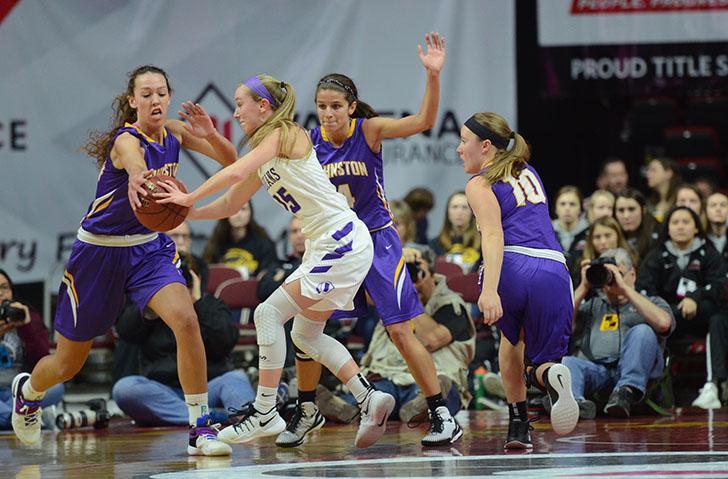 Attempting to get the ball from her Indianola opponent, Taryn Knuth '17 reaches her hand out while her teammates step back. The girls lost the quarterfinal round of state basketball against Indianola, 77-67.

The Dragons lost against Indianola during the quarterfinal round of girls state basketball on Mar. 1. The girls lost with a final score of 77-67. “All the emotions started flooding in me, I started feeling super sad and starting to face reality,” Brooke Wilmes ’17 said. “I also got mad and pissed, but I tried to keep my emotions together and not show them.”