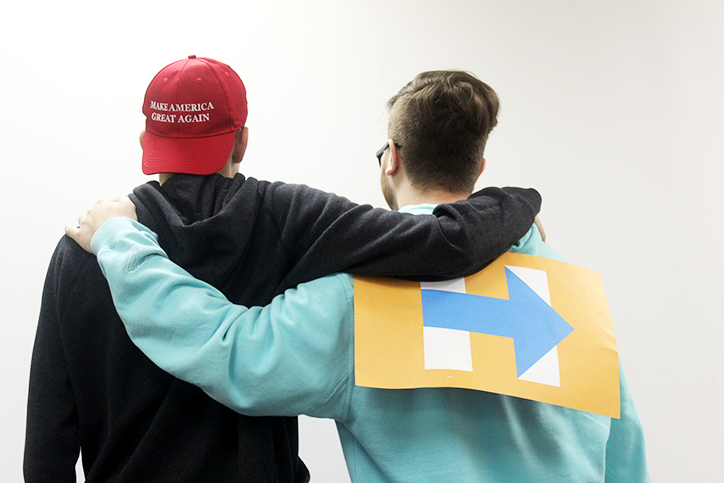 No matter how you feel about the outcome of the election, as an American citizen, Donald Trump is your president. He is the president of the United States of America. Not the president of those who want him to be. With this democracy that we Americans hold so dear comes the opportunity for your presidential candidate to lose. As unfortunate as this can be, resorting to violence on both people and property is no way to take out your frustrations.

While many people on both sides of the election continue to remain peaceful, protests are continually ending in violence and property damage.

Back in February, CNN and The New York Times both reported on the violent rally at the University of California at Berkeley. Students were gathered in protest of conservative speaker and author, Milo Yiannopoulos. This protest resulted in a full campus lockdown and about $100,000 in property damage.

More recently, March 4, a planned “March 4 Trump” rally held mere blocks from the campus of Berkeley also took a violent turn. As reported by The Washington Post and LA Times, this event resulted in multiple arrests and injuries.

We all just need to take a breath and acknowledge each others’ viewpoints. Attacking each other and each others’ rights to free speech will get America nowhere. “Everyone needs to be more understanding and open to everyone’s ideas,” Nicole Hobson ’17 said. “If you hear someone likes Trump or doesn’t like Trump then you ask the question why. That’s a question people don’t ask,  they hear that someone supports him and they just say, ‘okay then, I hate you.'”​

In fact, although the First Amendment states that you are given the right to protest it says nothing about the right to attack others or the right to commit arson.

I understand that this is an overall unpopular opinion and many people feel threatened and unsafe now that Trump is our president and there is no doubt in anyone’s mind that President Trump’s time in office will be very different than that of the previous president.

It is okay to be a little uneasy and anxious about this major shift not only in political party but also in the values and issues that are important to the President himself especially if they may not match your own.

However, what people need to realize is that Donald Trump is not the monster in your closet nor is he the bully in the hallway at school. The good thing about living in America is anyone can be anything, whether that be a dancer, a doctor, a lawyer, or even the president of the United States despite your race, religion, gender, sexual orientation, or background. Donald Trump is nothing more than a man.

To blame your personal fears and issues onto one man simply takes away his chance to live up to that American dream and goal we all have come to know so well. He has the same rights as you and me when it comes to achieving his goals no matter how large they are. As fellow Americans we should support someone who is pioneering the way for the rest of us non career politicians to have more of a say in our government.

By reflecting these fears onto him you are becoming the bully you fear him so much to be. You are taking away his right as our president, and as an American citizen himself, to take his best shot at making this country better how he sees fit.

Whether you agree with each other politically or not one thing is clear in America today. If we don’t stop working against one another we, as a country are going to get nowhere.