Government students learn how to caucus 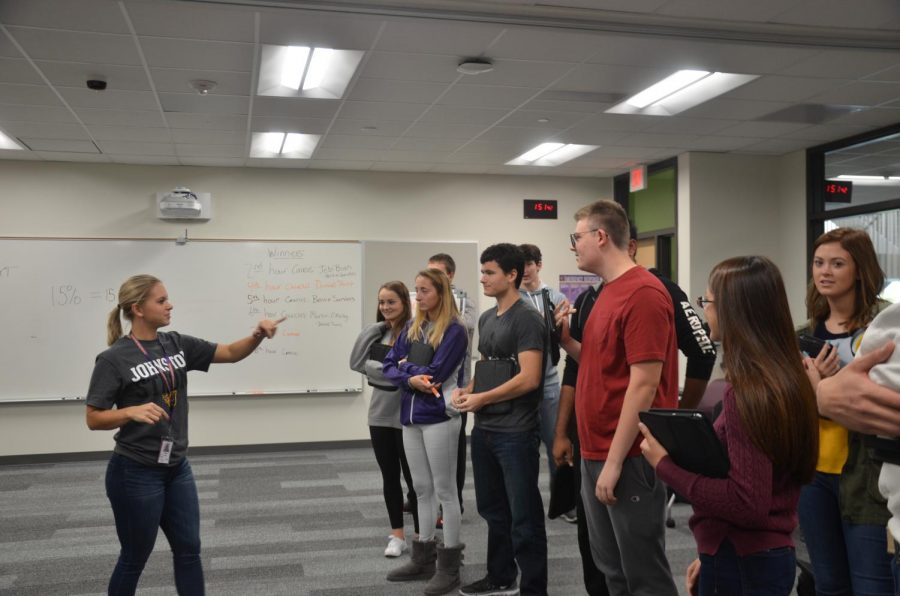 Students in Sarah Hottle’s government classes had a chance to experience what a democratic caucus would be like in class Oct. 27.

Students were expected to complete a chart with 10 candidates, five Democratic and five Republicans, in the lead up so they could better understand who they supported most. Students were greeted by Hottle at the door before the caucus and expected to have a party they wanted to register for and to have an ID with them. After everyone had arrived, Hottle explained the rules and then started the timer for the first of three rounds.

At first, students were to find like-minded peers to group up with. The next two rounds were devoted to debating and trying to convince others to their side. Throughout the last two rounds students were expected to meet at least 15 percent (a number that Hottle decided before each round) for their candidate to be viable for the next round. If a candidate became not viable students had to pick a new candidate to support, whether that be choosing a whole new candidate or joining with another group. At the end of the third round whichever candidate reached the 15 percent, or whichever one had the most supporters if neither candidate reached 15 percent, was named a winner.