Harlem Shake shakes up the gym

Junior Erik Rhodes dances in the middle of a circle of other students at the beginning of the Harlem Shake, a song by Baauer. After this first section was done, all the students jumped up to grab props, which they then flailed around while dancing.

While plans had been made for students to begin the Harlem Shake at 7:40 this morning in the big gym, the dancing did not start until about ten minutes later, mainly due to problems with the music.

Junior Erik Rhodes came up with the idea for students to gather in the gym before first period and perform the new dance craze that has been sweeping the nation. He said that while this morning did not go exactly as planned, they are planning on trying again next Wed., March 6, hopefully with more people.

“This morning was more of a demo,” he said. “Now I know what needs to happen for it to be awesome.” 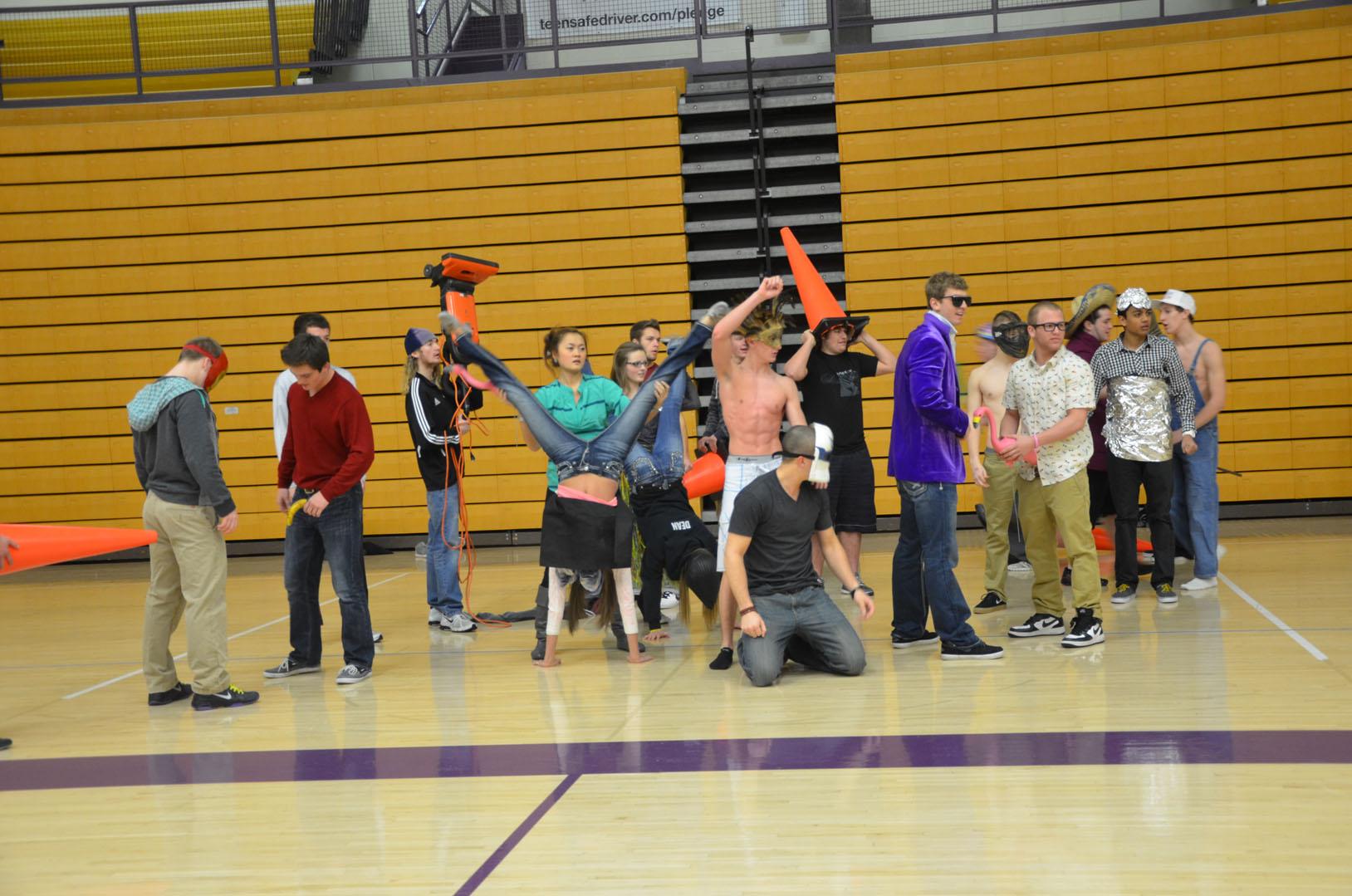