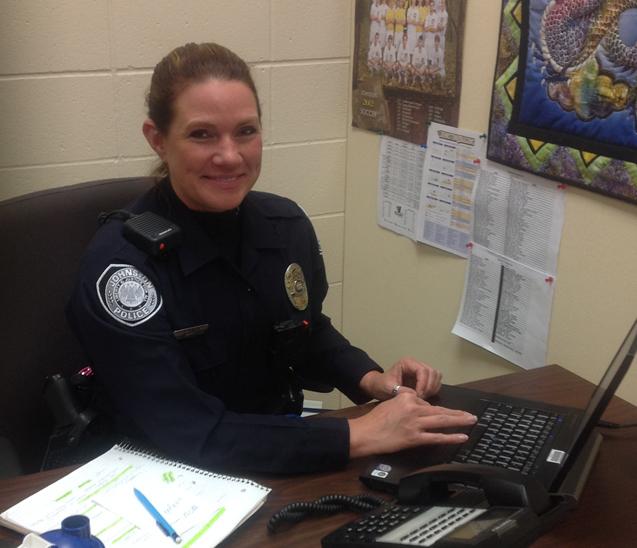 Officer Jessica Jensen began working as a student resource officer (SRO) in 2011 and covers the high school and the 8/9 middle school building. This year is her last year as SRO.

Officer Jensen will be here only for the remainder of the school year. “After the start of the year, the police department will place the JHS/JMS SRO position open for applicants within the PD,” Jensen said. “The decision should be made by the end of March.”

After being selected, SRO’s agree to a minimum of two years and a maximum of four years. At the end of the four years, the position will re-open and any interested officers can apply. “Once all interested parties have applied, they are interviewed by (Johnston Police Department) administration and a team from the school district selected by the superintendent,” Jensen said. “The group will then make a selection and the position will be offered to the officer selected.”

SRO’s go through the basic and advanced SRO courses that are offered by the National Association of School Resources Officers. They also take the A.L.I.C.E. Instructor Course, which is for active shooters. “I have also been through several levels of hostage/crisis negotiation school, suicide prevention, Drugs and Teens, mental health awareness and countless other trainings about teenagers, families, and schools,” Jensen said.

When students were notified of Jensen’s leave, they were upset about it. “It makes me sad because she made the school a little safer,” senior Kelli Bormann said. Bormann was relieved to find out that there will be a replacement for Jensen.