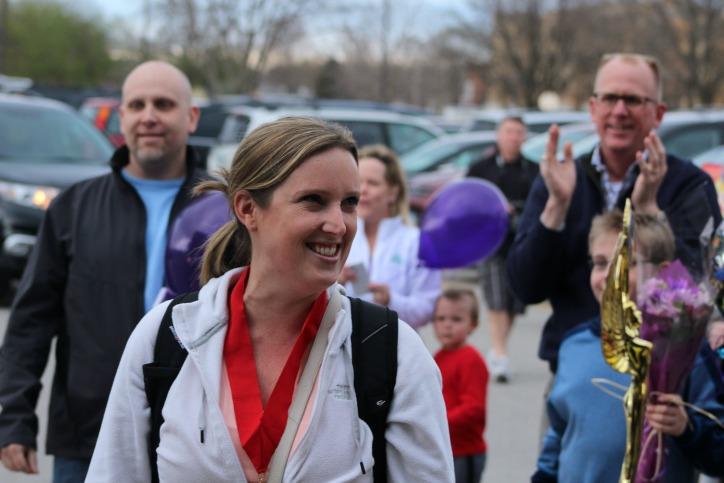 Director Hannah Ryan smiles as she sees all of the people who arrived to welcome back the choir. Innovation was awarded grand champion at a regional show choir competition in Branson, Mo.

After winning three of four competitions this season the varsity show choir, Innovation, continued on to regional championships in Branson, Mo., April 9. That night the choir was awarded regional Grand Champion (first place) as well as best band, best vocals and best choreography.

The choir returned home April 10, to parents, friends and fans with welcoming balloons, signs and flowers. Director Hannah Ryan, was the first one off the bus carrying the grand champion trophy. The crowd cheered as all the choir, band and crew members exited the bus.

Innovation may get to continue on to the show choir national championships in Chicago Saturday, April 30. The choir was told before they left for Branson that they would not be allowed to go, but after winning at the regional competition it is now being re-looked at.