Johnston falls short in the second round of playoffs 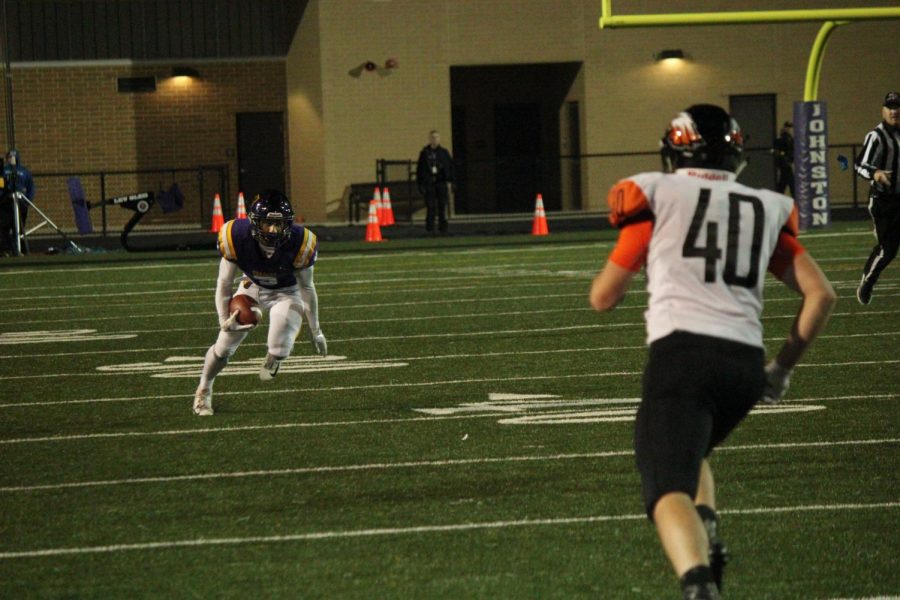 Anthony Coleman '19 runs the ball during a kickoff receive

Southeast Polk scored a touchdown in the first 4 minutes, and proceeded to score one more touchdown in the first half. Meanwhile Johnston blundered up and down the field going for it three separate times on the fourth and losing them 9 potential field goal points at the end of the first half the score was 14 Southeast Polk 0 Johnston. Johnston was able to get at least one touchdown but it was to little to late they scored it in the last five minutes.

Anthony Coleman ‘19 made 5 receptions with 113 yards