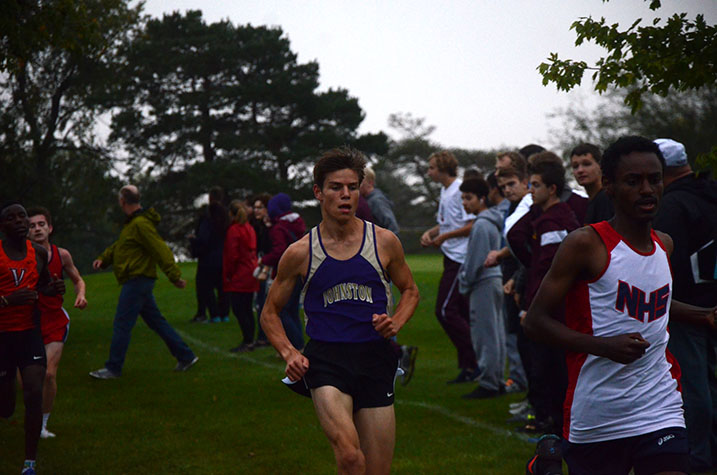 Both of the cross country teams won their varsity races with the boys also winning the JV race with the girls finishing third in JV at the Fort Dodge Invitational Oct. 5. Tom Altier ‘18 led the team finishing seventh with a time of 15:57 and is returning to his best after being injured earlier in the season. The boys victory in the varsity race was relatively unexpected as Dowling Catholic has dominated boys cross country for multiple years. However, Johnston is the only CIML team in the past five years to beat Dowling Catholic. The team is excited going into championship season as they believe they can win state;  however, head coach Matt Jaschen is trying to keep the team humble. “We can be excited but we can’t get too excited because it is just one meet and Dowling Catholic didn’t run their best today,” Jaschen said.

The girls also ran some great races and are on track to repeat as state champs after winning by a huge 44 points and looking completely dominant the entire race. They were led by the triumvirate of Jessica McKee ‘18, Paige Horner ‘20, and Brooke McKee ‘20 who finished first, second, and third with times of 18:17, 18:19, and 18:35.