Returning to the renaissance 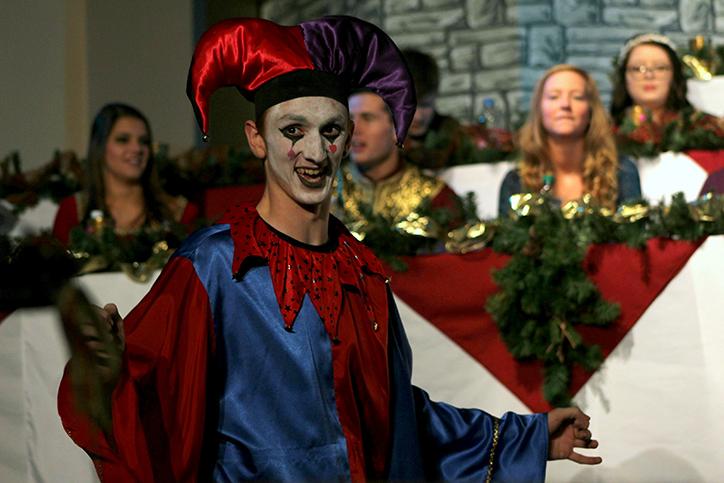 The Jester (Michael Gedden '17) points out to the audience after telling one of his many jokes. Madrigal was held Nov. 30 and Dec. 1.

Seniors of the choir do not have to serve the audience, but instead sit on stage as part of the royal court, with two seniors selected as the king and queen. While the audience is being served, the choirs all join together in song.

When not being served food, the choirs put on a play for the audience. The play involves the King, Queen, Jester and pirates.