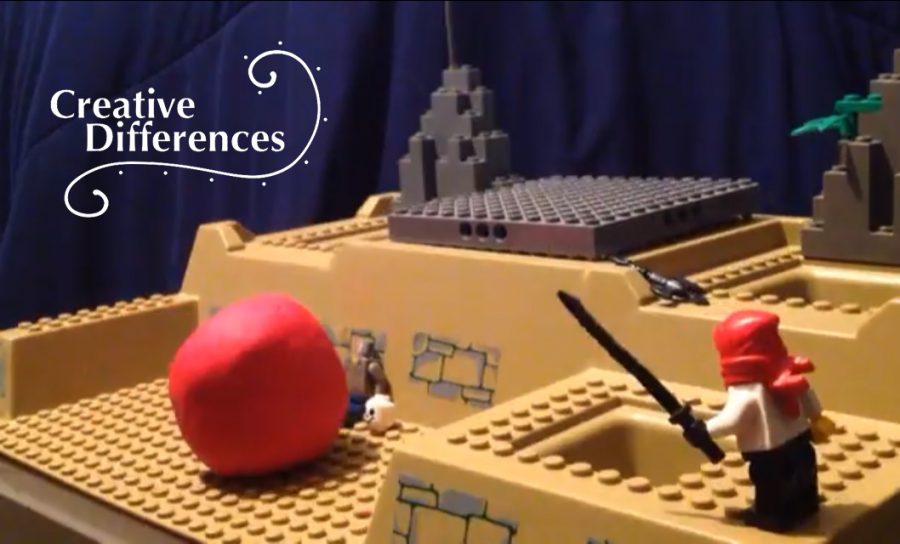 Oliver Carrell ’18 first became interested in animation early on. He used to use a program called Pivot Animator on his computer when he was younger. “It always gave my computer a virus when I downloaded it.” Carrell said. “It destroyed every computer my family has ever owned, and I didn’t realize it until I wrecked my own laptop,”

Luckily, his security program was able to remove the virus and he can now freely use the program. “I had a lot of practice, just messing around with these stick figures, so the stop-motion came easy to me,” Carrell said, “I just messed around clay for about thirty seconds, but like in real time three days.”

Carrell takes Film and Broadcasting at Central Campus. The students are taught the basic fundamentals of camera set ups and how to create scenes and set up plot. They are given a nine-week term to complete a list of projects. Some of the projects include music videos, compilation videos, short live-action films, and of course stop motion animation. Carrell has always been interested in acting, but just recently considered being behind the camera after his brothers recommended the class.

He aimed to push himself with his second stop motion and he wanted to make it in sync with a song he had picked out before anything else. “I loved my first stop motion, but I hated how short it was, so I wanted it to be fast paced and fun,” Carrell said, “Both of my films were just me having fun. I loved doing it, I never felt obligated to do something for a grade. “