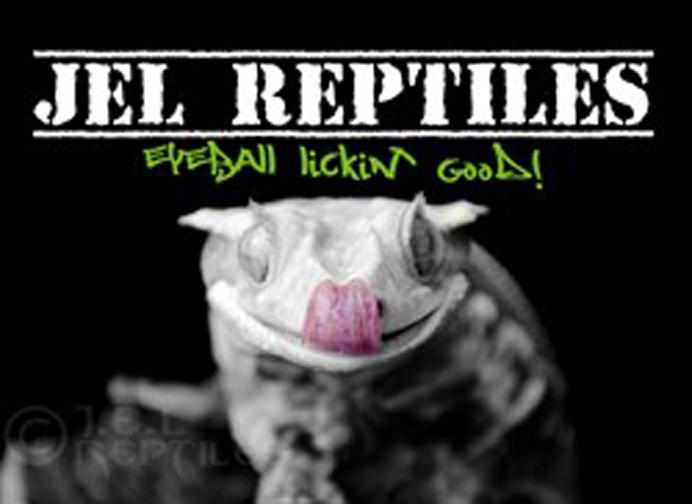 Math teacher Justin Lewis sold Crested geckos online during college. This is the logo from his gecko business. Geckos generally cannot blink so they lick their eyes to keep them moist.

To earn some money, people generally get a normal part-time job, but for math teacher Justin Lewis, that part-time job was breeding geckos. “We bred Crested geckos,” he said. “They were fairly valuable at the time. It wasn’t out of the price range for them to be selling for thousands upon thousands of dollars a piece.”

Lewis entered the gecko business when he was in college. “I had a friend in college that ended up getting a pair of geckos,” he said. “He was breeding them and selling them, and was making a ton of money and I was like, ‘It’s a gecko. Why are you making money off this thing?’ and he kind of explained to me.”

The Crested gecko was thought to be extinct until 1994 when they were discovered on a small island called New Caledonia off the coast of Australia. About 20 geckos were brought back to breeders and the business bloomed from there. “Somehow my friend ended up, a little ways down the road, getting a pair and they were selling for some pretty decent money so I ended up getting a pair off of him and breeding them through college,” Lewis said. Geckos generally lay two eggs at a time about once a month. The eggs take two to four months to hatch, depending on the conditions.

In order for the gecko business to sell, there have to be people willing to pay thousands of dollars for a lizard. “What I’ve found is there’s a lot of interesting people in the reptile world,” Lewis said. “We had one guy, and I can’t even make this up, this is how dumb it was, we were at a vendor booth at Chicago at an expo and this guy came up to us and asked if he were to breed one of our geckos to a bat, if it would make a dragon.”

Lewis would occasionally go to some reptile expos to sell the geckos. “There’s a lot of drama, which is entertaining because like, vendor drama of ‘my geckos are better than yours.’ It’s so silly,” he said. “I wasn’t so heavily involved in that kind of a scene.”

When Lewis was selling the last of his geckos, he sold all of the babies to a lady in Arizona, then found four guys from Chicago who were interested in the adults. “They wanted to pick them up personally and so they asked if we could meet in Davenport,” Lewis said. “So my wife and I drove down there with all of these geckos in the back of her SUV and by the time we got there, it was 9:30 or 10 at night so it was pitch dark, and we met at a gas station. As an outsider, this looked very curious.”

The four guys pulled up next to Lewis and handed him an envelope of money for the lizards. “There was no way I was going to accept this amount in a check from these guys, so I handed this big envelope of money to my wife so she can start counting it, and we start transferring crates from car to car,” Lewis said. “I don’t know how we didn’t get pulled over because it looked like a drug deal.”

All of the geckos were safe during the Davenport transfer, and the four guys sent pictures of them back to Lewis. “We still talk to some of the people we sold to,” he said. “We flew out to LA last fall and met with one of the ladies that had a bunch of my geckos and we got to see her collection because it was like four times the size of mine.”

Business teacher Kayla Bousum told some students in her Money Management class about Lewis and his geckos. “When I first heard that Mr. Lewis was breeding geckos in his soon-to-be-born son’s bedroom, I was totally floored,” Bousum said. “I admire his entrepreneurial skills and started sharing his story with my students to inspire them to think outside the box when it comes to business ideas or ways to be financially secure.”

Bousum’s comments prompted some questions for Lewis. “People kept coming up to me like, ‘So we heard you have geckos.’ and I was like, ‘Oh God. I need to tell Bousum to stop talking about my geckos,’” Lewis said.

Around this time last year, Lewis sold the last of his geckos, except for one which he has kept. “There is some money to be made, the market just isn’t what it used to be,” he said. “It’s one of those things you get yourself into in college and you just get some interesting stories from it.”