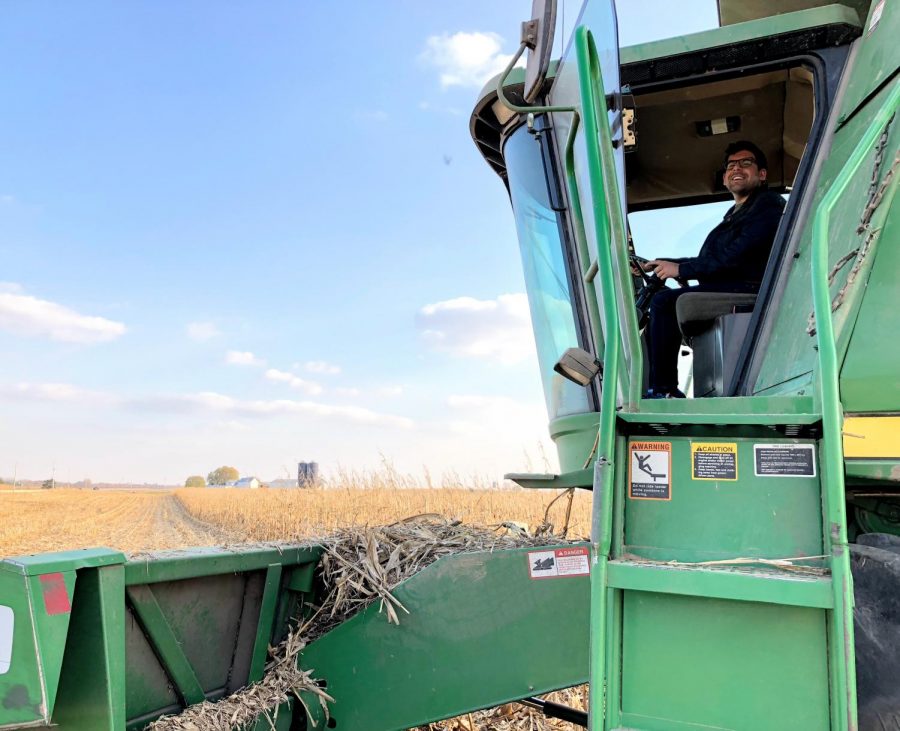 Despite previously working for Google in New York City, San Francisco, and Washington D.C., Scott Syroka is still deeply rooted in his home state of Iowa.

What would his role be as a Johnston City Council Member?

“So the city of Johnston’s jurisdiction is literally just the city of Johnston. So there can be laws passed on the state level, federal level, then any kind of legislation passed at the Johnston level just pertains to our borders, the city of Johnston. So in terms of my role, it’s a lot of, you know, working with everyone else on the council, to manage the budget, to kind of work with all the different department centers in the city, and then actually take up any kind of citizen concerns that might come up regarding anything from, you know, planning and zoning of upcoming development to what we want our community to be. What do we want the vision to be going forward? You know, what should we be investing in to keep it growing and kind of keep attracting people here in a sustainable way, that kind of keeps all the quality spectrums that we like, while knowing that, you know, if you’re not growing, then you’re dying. So trying to balance that, too. So, hopefully, if I were to get on there, you know, it’s broken down in council members on different committees. And they’re different liaisons for various things here. So one thing that I’d be interested in is potentially seeing if I could be the liaison to the school board and kind of strengthen that partnership between the city and the school district.”

How do students play a role in this election?

“This campaign that’s going to be launched, it’s definitely one where if I’m elected, I want to be representing everyone in the community, and that includes our young people. And so, obviously, a lot of seniors, if they’re 18 by November 5, they can go and vote. And this would be the first election for a lot of them, so hopefully, if they show up, I can have their vote. So just wanting to establish a communication with young people in the community, and being able to be a resource.”

How does he plan to adapt city council’s role to fit Johnston’s needs?

“The role of government is always changing in terms of what its citizens need. And, you know, how government can best support that. One example is kind of this present interrupting mental health crisis, both here in Johnston and just the nation as a whole. One thing I’d be really interested in working with as a school board liaison, is working with the schools to see what ways the city can support, you know, the school district and just our population as a whole, ways to better tackle mental health. And, you know, see if there’s any resources we can be providing as a city that maybe we’re not doing.”

How can Johnston influence beyond city government?

“So many things, it seems like, are going wrong in the world or problems we want to fix today. But, you know, all of us, students included, have the potential to take action on it right now. And, yeah, granted, we’re not changing laws at the national level. But we do it here at the city level. So I definitely encourage any students that have ideas on things they want to see, ideas brought forward, and we can try to pioneer it here in Johnston.”

Does age matter when running for city council?

“I would ask people to look at my track record so far. Even though I am decades younger than most other people on council, I’ve been involved in this community for a long time and I’ve been invested in it for a long time. I founded the Silver Cord program at Johnston,  I added a student representative to Johnston’s school board. Johnston’s only the second school district in the metro to have that, after South East Polk. I started Generation Pay it Forward initiative at the Johnston Partnership to raise money for students in need at Summit. And that raised over $25,000, and brought together over 50 alumni and then, you know, got hundreds of people in the community involved whether donating one dime. And then, finally, the other thing is, I was a co-chair for the Johnston schools’ bond committee in 2013 when they passed the bond, that unlocked $112 million plus worth of school construction and that benefitted kids K-12.”

Disclaimer: The Black & White does not endorse any political candidates. However, it is part of our job to report on relevant and important news, including politics. Scott Syroka contacted the Black & White to do an interview. His opponent will be contacted.