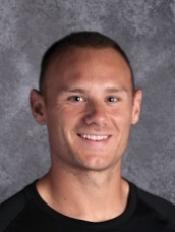 At surface level, physical education classes are an opportunity for students to gain exposure to activities and exercises that will encourage healthier lifestyles. For one Johnston P.E. teacher though, being physically conditioned is only part of leading a life of good health.

Daniel Mennen is both a physical education and health teacher at the high school. Along with working as a teacher, Mennen is also an assistant strength and conditioning, football, and track coach. Because of his extensive experience and practice in areas related to fitness, Mennen appreciates how important physical health is.

In the recent weeks, Mennen has worked with the students in his health classes to emphasize mental health and the prominence it plays in peoples day-to-day lives. “I observed that multiple students seemed to be irritated during the nine-week grading period (around midterm) and realized that using this time would be a great teachable moment,” Mennen said.

Mennen made his students’ feelings applicable to the criteria by taking time to help them identify where their stress levels fell based off of Selye’s General Adaptation theory, which narrows down the three stages of stress: alarm, resistance, and exhaustion.

After discussion with students, Mennen decided that most students were either in the resistance or nearing the exhaustion stage. The resistance stage is marked by efforts to try and adapt to what may be causing the stress, while the exhaustion stage is the burnout felt after. Mennen taught his students a coping method, called Progressive Muscle Relaxation, to ease the effects that being in these different stages can have.

Although discussions regarding mental health are not frequent in classes, Mennen believes that his extensive role as a coach allows him to be much more introspective about the impact stress can have on student lives. “I think that being a teacher and coach allows me to see what a lot of the students go through in a given day, which is an eye-opening experience,” Mennen said. “I am often tired at the end of the day and realize what a lot of the students in our building might go through.”

The lesson was so well-received, in fact, that Mennen was asked by multiple students if they could take time to repeat the exercise in the future. Some even took time by themselves to apply it at night while trying to fall asleep. Johnston student Quincy Hale ’20 is in one of Mennen’s health classes and concurred that the discussion was beneficial for students to have. “People definitely took something away from the lesson,” Hale said.

Mennen is fully aware of the students’ positive responses and will honor requests to revisit these coping mechanisms. “I definitely plan on doing this again heading into finals week,” Mennen said. “Learning to cope with stress is directly applicable to health class in addition to the well-being of our students.”