Musical: Once Upon a Mattress 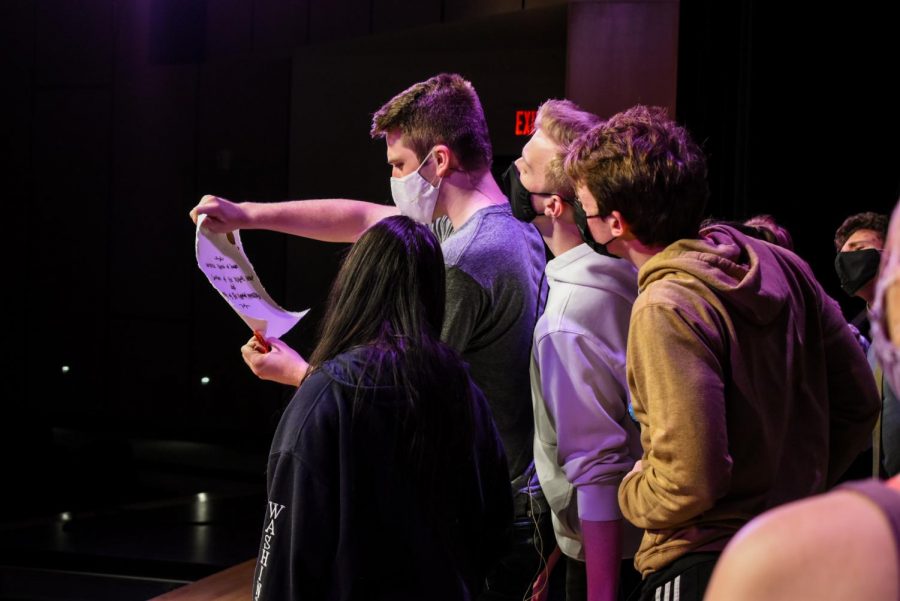 Sir Harry arrives with information about Princess Winifred, while eager onlookers at court try to steal a glance of the official royal papers.

The Drama department will be producing and showing the musical ‘Once Upon a Mattress.’

This musical follows the adventures of Prince Dauntless and his quest to find a wife. The quest is challenged by Queen Aggravain who test each princess to see if they are true royalty and up to her standards. When 12 other princess fail the queens test Sir Harry, a knight who is in love with Lady Harken, goes on a quest to find a princess for dauntless to marry, because no one in the kingdom is allowed to marry until the Prince does. Harry returns with a peculiar princess named Princess Winnifred. Despite the havoc caused by Winnifreds arrival and presence, the people of the kingdom root and help her in her mission to marry Prince Dauntless and everything that ensues with that.

Because of COVID-19 mitigation, some things will look a little different than years past. “All of the actors and pit members will be masked” director and english teacher Jeremy Fitzpatrick said. “We are also limited to 300 people in the auditorium, per show as well as being social distanced.”

Despite the auditorium capacity limitations, more can enjoy the show via live stream for the first time. “We have gotten because of this is we did secure rights to live stream this, which is something we have not been able to do in the past” Fitzpatrick said.  “They still have to purchase a ticket (to watch the live streams) like they would be coming to the show, but that live stream capability will be there.” Not only does this ability allow more people to see the show safely, it also allows families to see their student performing without traveling or being there in person. “Hopefully we can keep that for people in the future who can’t make it back, or  that is out of state, and different things like that” Fitzpatrick said.

Tickets are still available for $1o a ticket on ShowTix4U.com you can click here purchase your tickets.