My experience at the Villisca Ax Murder House 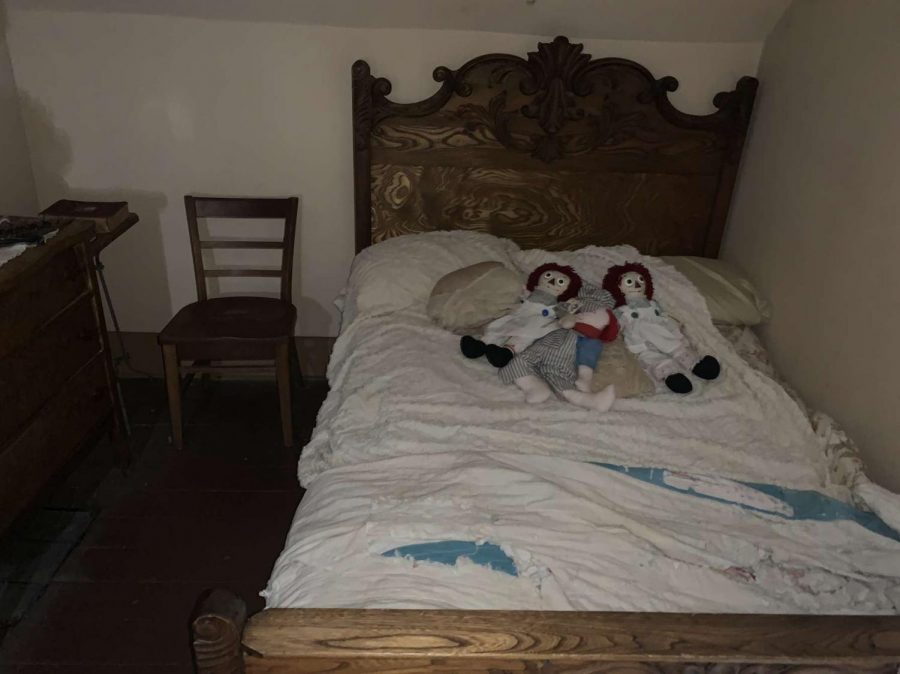 Small town Villisca, Iowa. Population; 1500 people. Never in a million years would one believe the history it holds.

The killer hid in the attic while the family was at an all-day long church event. The parents and four children got home around 10 p.m. The children decided to have two of their friends from church sleepover for the night. When they all fell asleep, he went around the house and covered all of the mirrors with bed sheets he saw laying around. Then, he grabbed the family’s household ax.  By the time light hit the sky the next morning, the entire family and house guests of the night were dead. The town investigated for years and years but never discovered who the real Ax Murderer was.

Today the house is a big tourist attraction. People can reserve time slots during the day to explore the house and see where the family was murdered. People who are willing to take the risk can stay the night and experience the realness of the Ax Murder House.

For my friend Bria Cox ’21, 18th birthday, her mom Britt Cox, booked her and four of our friends a spot to stay the night at the Ax Murder House. It was a two-hour drive, and we took two separate cars in case someone got scared and needed to leave during the night.

We arrived to the house around three in the afternoon after an eventful car ride of telling scary stories we found online and peeing on the side of the road in the middle of nowhere Iowa. In Villisca, the only gas station for miles was a Casey’s, so we stopped there to get food and other necessities before we went to the house that was about two blocks from the Casey’s.

At the house, there was a man waiting for us. We assumed he was the owner of the house, although he never introduced himself. He provided us the basic rules and also told us exactly what happened and which rooms it happened in. He also gave us the keys to the barn that had electricity and a bathroom, as the main house did not.

Surprisingly, one of the most important rules was no weapons in the house. Apparently, at one point in time a man was asleep in the blue bedroom, where the two kids were murdered, and he had a self defense knife with him. While he slept he somehow stabbed himself with the knife but did not remember how it happened when he later awoke to find himself in the emergency room.

Once we all got hungry, we decided to get Casey’s Taco Pizza. We went to pick up the pizza and grab some sodas to drink with it along with energy drinks to keep us up all night. Cox’s mom brought some ghost hunting materials for us to communicate with the spirits of the house. I personally do not believe in ghosts or anything like that but it was really cool to use that stuff anyways.

As we ate our pizza, we used an Electronic Voice Phenomenon and some sort of sensor to see when there was a lot of energy around one area. When the energy sensor would light up to red or orange, we would turn on the EVP and ask the energies simple questions. The energy sensor definitely worked because Cox’s mom used it at their house and nothing lit up, but once we got to the house it would. We asked who was around, if it was a kid or an adult, asked them about the church events they attended the day of the murder, and other things like that. When we played the recording back, we only heard our voices.

Around 7:30 p.m. it started to get dark, and I got more paranoid than ever. Cox’s mom was really into the activities we were doing with the energies of the house, and she suggested we all take turns being alone upstairs in the bedrooms, because that is where “the action happens”. Eventually, it was Makenna Pauley ’21 and I’s turn to go upstairs but neither of us wanted to. We forced Nikita Deymich ’21 to go with us, and he would try to mess with us in the room by playing with toys. We kept rotating through people to go upstairs and gathering large groups to travel with to the bathroom.

I started to feel more comfortable around 10:30. Deymich and I went to the blue room next to the living room, which everyone felt had bad energy because that was where the man stabbed himself, but I felt fine. We all hung out in there and nothing really seemed to happen.

On one of our last trips to the bathroom, a gray cat ran into the shed with electricity, because it was snowing outside. We caught him, named him Trash, and let him sleep in the house with us. He slept at the end of my sleeping bag and did not move all night. I feel like he was a symbol of comfort in the house and helped me get through the night without going insane.

I wanted something from Caseys, but sadly it was closed because it was 11:08. Cox’s mom and I drove around anyways and it felt so eerie over town. It was basically a ghost town, and it was snowing. We felt like we were straight out of a horror movie.

Cox’s mom went upstairs at midnight after a fun game of Never Have I Ever, and she went to sleep in one of the beds. Everyone laid down in their own sleeping bags in the living room, and we all talked and hung out like it was any other sleepover. I got a call from Cox’s mom at about 12:05, telling us we needed to be very quiet. She texted me seconds later to tell me she heard someone walking up the creepy stairs. I told her none of us were even moving downstairs at all, and she replied with “I know, I am the only one up here.”

A few hours went by, and everyone started falling asleep. Pauley and I watched a halloween baking show to distract us from the silence of the dark house. Then we heard a thud from upstairs. Cox woke up and yelled “What was that?” She was actually horrified. As were the rest of us. I texted Cox’s mom and she didn’t respond, she was dead asleep. No one went to check on her but we know it was not her who made the noise. After this everyone went back to sleep. Except for me.

As I laid awake, I heard footsteps from upstairs. Pauley heard them too, but she told me to turn up the volume on the baking show and to ignore it. But we knew what we heard. At 2:30, I decided I needed to sleep because I could not be the only one awake in the house. I put my blanket over my head and watched the show on my phone to fall asleep.

At 4:30 I was woken up by Pauley who asked me where the cat was. Trash was still at my feet. Then out of nowhere I got super cold. I was covered in goosebumps and I just stared at Pauley because I did not know what to do or what was happening. Then I felt a lot of heat coming from my left shoulder but there were still goosebumps everywhere else. I had read a story of someone else who had stayed the night, because there was a bucket of notes like that on the piano, and some people left photos. Most of the photos showed scratches they woke up with. I assumed I was being scratched but I was way too scared to move or have any of my friends check.

I then got about another hour or so of sleep, and then everyone woke up because the cat was crawling across all of our faces. We sat and talked until the sun rose because it was still very dark inside the house and outside. Finally Cox’s mom woke up and was ready for us to pack our stuff and go.

We cleaned our messes and checked the house one last time before we left. The car ride was two hours and nothing was really in the area so we stopped at Caseys and got breakfast. Once we got home we all slept at Cox’s house.

Overall, I had a really fun time at the Villisca Ax Murder House and I would definitely go again. I was spooked, and I wish I would have been more awake to experience the house at 3 a.m. As long as I had friends with me to keep me sane.

In order to stay the night at the Ax Murder House you need one to six friends, $428.00 dollars, and a whole lot of mental strength. The easiest way to book a night would be to search up “Villisca Ax Murder House” and the website called www.villiscaiowa.com has all the information. They do not do tours or overnight after October 31st, and they start back up during the spring. However, I would not pass on this experience as I made memories with my friends that will stay with me.