Paper Vs The Big Screen 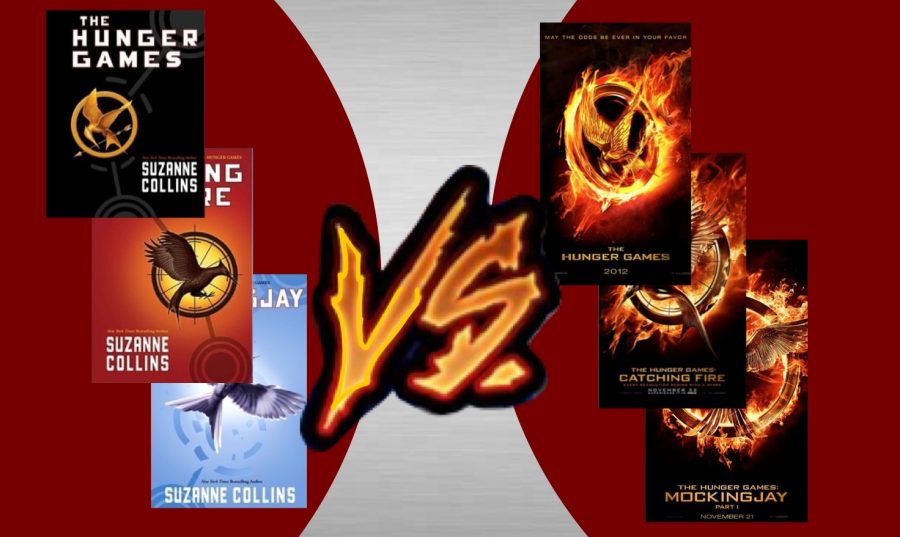 First and foremost, books are more in-depth than movies. The books are more intriguing than the movies because of the thoughtfulness of the words on the page. The reader is part of the world the author has created, the reader  running on the ground the characters are on, the reader is in the space the characters are exploring. The reader feeling the fear, the anguish, and the excitement. The reader get sucked into their world and the reader falls in love with the concept of the book and the character.With a movie, the reader have between one hour and thirty minutes and three hours of a moving picture attempting to bring a book to life, but is the watcher really drawn in to the movie? Is the anguish the watcher is experiencing while watching the movie, the anguish the reader feels while reading the book?

The first book and movie to discuss is the Divergent series.Now this book was not boring, bringing the reader on a roller coaster of emotions. The Divergent book vs the Divergent movie, are close in comparison. Beatrice, Tris for short, is the main character who attends a choosing ceremony for 18 year olds who either want to move to a different faction or stay in the same faction they have been in their entire life, depending on where they believe they fit into society. on their way to Dauntless, which is the faction that protects Chicago. Tobias or Four is another character. Tris then while a recruit Tobias was responsible for training along with Chirs, and other new recruits, falls in love with Tobias. Their relationship was forbidden between a superior and a recruit, they still managed to make it work. Throughout the books, Tris and Four’s relationship blossomed. The point in the movie where Beatrice and Christina are getting ready to jump off the train. [In the book one man attempted to jump off the train onto the building but misses and plummets to his death. While in the movie that does not happen.  For Tris to know which of the five factions she belongs in, [Dauntless, Abnegation, Amity, Candor, Erudite]. Tory who Tris meet sin Dauntless who turns into a trusted friend puts Tris under a serum that makes her live her fears in her subconscious, this is called the Aptitude Test. Tris appears in a room full of mirrors.

He goes to touch her own shoulder but she feels a touch on her own shoulder from another her, who asks, ” Choose.” Pillars appear with a knife on one and meat on the other. Tris questions why she should choose between the two but its to late. A dog appears out of thin air and bears his teeth and barks at Tris. Tris is the only Tris now. The dog runs at her and attacks her, the dog then turns around but tris does not cower but rather kneel down and succumbing to the dog. once she does, the dogs turns into a puppy and all happy. When a young girl appears and says, “Puppy.” The dog hears this, he turns savage again and runs after the young girl. Tris protecting the young girl runs after them and tackles the dog. in this process, Tris and the dog disappear through the floor, and the simulation stops. Tris finds herself on a bus with an irate guy who asks pointedly if she knows a murderer whose picture is in a newspaper, but that does not  happen in the movie and the test is cut short and stops after the dog disappears. Another example was in the book it describes Eric’s piercings. “A young man walks in … his face is pierced in so many places I lose count… It is the coldness of his eyes as they sweep across the room … His smile pulls at the piercings in his lips, making the holes they occupy wider … The curl of his lip is cruel.” While in the movie he has two black piercings above his right eye. The last book on the other hand has the most controversy. Allegiant, which is the name of the last book in the divergent book and movie series. Within the last chapters of the book (Tris dies) I know most people know this by now, but this was a major shock to the readers so I’d either take this out or give a spoiler warning(will have spoiler warning stated in the dock) and Four (Tobias) is unable to do anything. He feels lost and alone because he lost the only person he had in his life, basically his only family, and he loved her. In the movie though she does not die but in fact frees Chicago (where the movie takes place and was filmed) and the fence that has enclosed Chicago is finally relieved of the fence that keep them contained for hundreds of years.

Continuing with the distopian book theme The hunger games has a lot of controversy between characters, plot, and the relationships. The Controversy of the looks of characters really differed between the book and the movie. Peeta Mellark, played by Josh Hutcherson, looses his leg in the first hunger games due to an infection. In the book Peeta has a bulky build. The book talks about how Peeta can lift 20 pounds of flour easily because in district 12, where they live. Worked at a bakery with his mother and older brothers. President Snow, who is the president of the Capital, is strikingly different than the on screen version. The literary character is described as “a small, thin man with paper-white hair, with thick lips that are stretched across his face.” His appearance is snake-like. In the movie, Donald Sutherland, who plays President Snow, uses his white hair and beard to full effect. While his hair is the only thing that Donald Sutherland brought to life going from book to movie. His mouth is another story. In the book he is pictured with thick lips that are stretched across his face and snake-like features. “Despite his toned-down look, maybe Sutherland is creepy enough with this roguish version of Snow.” Another thing that had controversy in these where these  wolf mutants that were genetically engineered to look like the dead Tribute mixed with the DNA of wolves. The faces should have had the same features as the dead tributes with the fur color according to the tributes hair. While that was the intended look of the wold mutants in the book, it was not the look people got from the movie, they look like hairless dogs with arched backs.