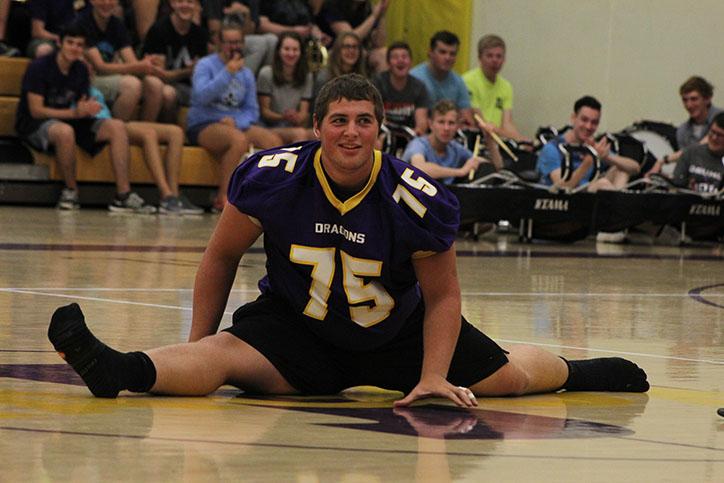 Throughout the assembly there were performances by the cheer and dane teams. Closing the assembly, senior Bryce Rowland also performed the splits which has become an annual routine.