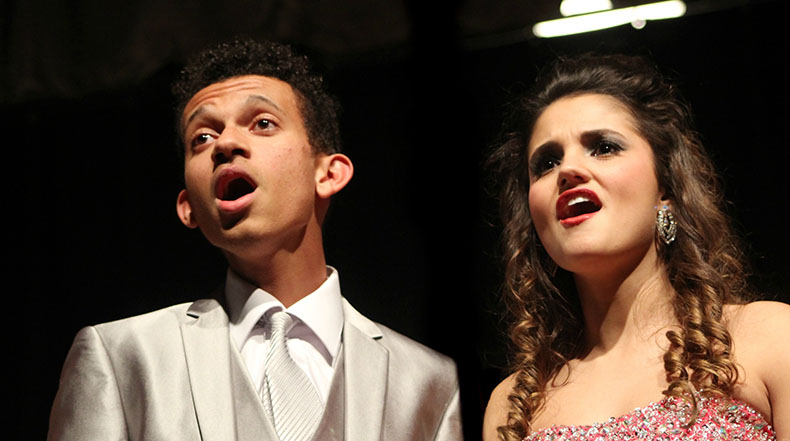 After leading Innovation through two nearly undefeated seasons, show choir director Hannah Ryan is being nominated by her students and their families for an award for “Best New Director”. Out of nine total shows Innovation has only lost one competition in the entire season.

“The award is an Aspire award that is handed out at Fame-Branson, which is a large show choir competition in April,” senior Eric Friesth said. Friesth’s mother found the award and and called to find out if Ryan was eligible since she has been directing Innovation for two seasons.

Originally the choir was not sure if they were going to tell Ryan that she was being nominated. “I decided to tell her because I’m bad at keeping secrets and also the more people that know to vote the better,” Friesth said.

To nominate Ryan for best new director click this link and choose “2016 Aspire Nominations,” to fill out the nomination form.