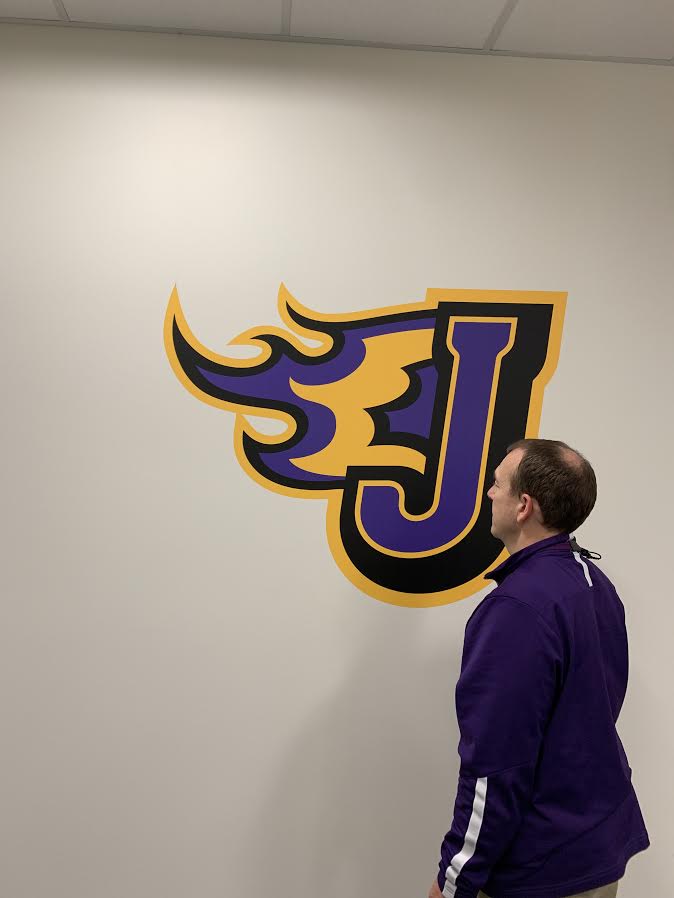 Jerry Stratton wakes up and goes to work each day with a plan for how the day is going to go. “There is no normal day. You may make a plan, but then the day starts. I respond to the needs of students, teachers, and parents and then go back to what I had planned for the day,” Stratton said. Stratton began working at Johnston in the spring of 1992 as a student teacher. He subbed for a year and then was hired by Johnston to work as a teacher in the fall of 1993. He has worked many different positions at the high school including coaching football, wrestling, and baseball, along with teaching Driver’s Ed and helping with Student Council. However, as the community, students, and teachers were recently informed, Stratton is going to be transferring to Summit Middle School starting July 1, 2019.

The explanation for his transfer was explained to the teachers at both Summit and JHS through an email sent by superintendent Laura Kacer. It states, “Mr. Stratton will be making the move to Summit, where he will become their new associate principal. Current Summit AP Kevin Blackburn is retiring at the end of the year, which created this opening. Mr. Stratton’s deep knowledge of secondary building administration, along with a keen sense of student well-being and behavior management, will be of much benefit to the Summit staff and students as they continue to create the best learning environments for all students at this critical stage in their educational journey.” Stratton did not comment on whether or not he wanted to stay at JHS or why he was moved.

Stratton is leaving behind much more than just a school and a job. “I first met Mr. Stratton during my interview 14 years ago,” said Ben Knight government teacher. “He was moving to administration and I was hoping to be hired for the social studies spot that he was leaving.  He was on the team that hired me.  For this reason I have always had a bond with Mr. Stratton.“

As important as Stratton is to students, students are also important to him. “I will be leaving my family.” Stratton said. “This has been my family since I started 26 years ago, when I started as a teacher at Johnston High School. Each student and teacher I have worked with has become a part of my life. This is not a job that ends when you leave to go home.” Stratton said.

The basics of what Stratton will be doing should not change a lot when he moves to Summit, but his life will. He will leave a lot when he leaves the school, but he will also be a valuable addition to Summit’s team. “[My favorite part about Johnston is] the belief that no matter how good we do things we can always look to do it better for students and families,” Stratton said.

Stratton has also worked with Knight teaching driver’s ed. “Best of luck and thanks for having faith in me.” Knight said. “Thank you for seeing my potential and taking the chance to hire me here at Johnston.”