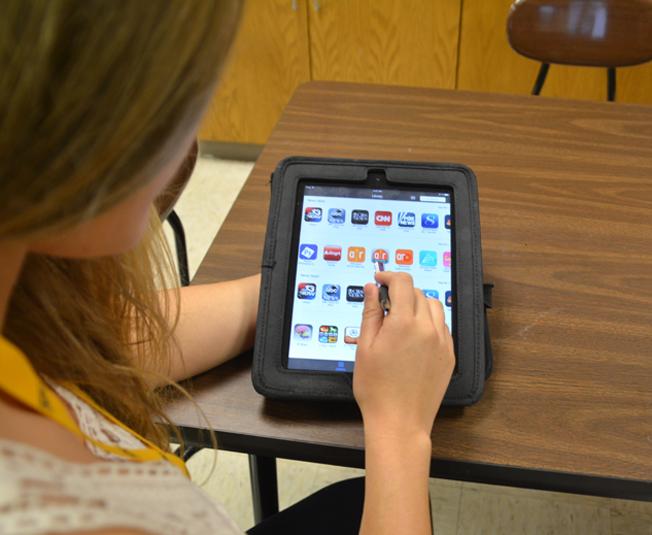 Student scrolls through the self service cart exploring the new updates.

Over the summer it was decided that students would only able to download apps through the self service cart. Teachers can request apps to be put on the self service cart, and then the cart will be updated. This way students and teachers can still use apps for classes, while making sure students do not get distracted with games. Only the six paid apps can be downloaded from the app store.

The required use of the self service cart has caused some students to become frustrated. Junior Jodran Siemering is a free lance coder, and one of many students who have become irritated with the new requirement. “I think its a good idea that students have pre-selected apps for download,” Siemering said. “But it’s unreliably slow.” Siemering suggested it would be a good idea to have a way for teachers recommend apps, and then let students rate it on the self service cart.

Overall, the cart is still in the testing phase. Wiley later said that the bugs are being worked out, and also it was recently updated so it is now organized and in alphabetical order. “It’s a continued process, but things are getting better,” Wiley said.

Other options that were looked at were having everyone on tier two, and then they would have had to earn their way onto tier one. Wiley, however, said that only using the self service cart was the best route for this school year.