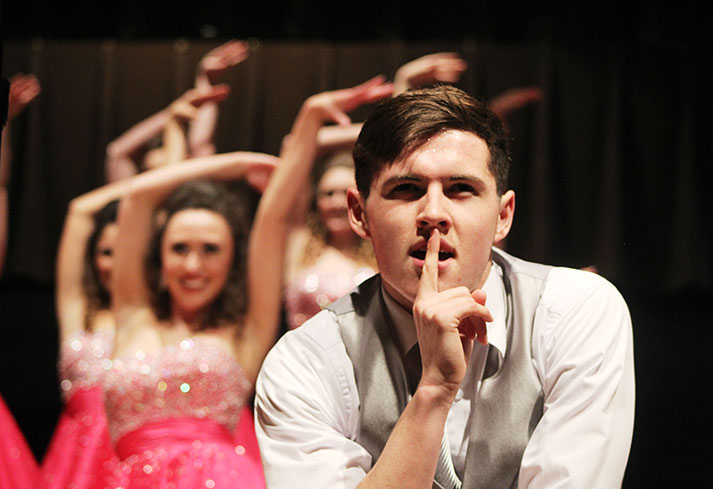 After performing at Johnston’s Showzam invitational as an exhibition group, Innovation went on to compete at Elkhorn South’s Crystal Cup invitational. There they broke their streak by placing second in the competition behind West Side High’s Amazing Technicolor Show Choir.