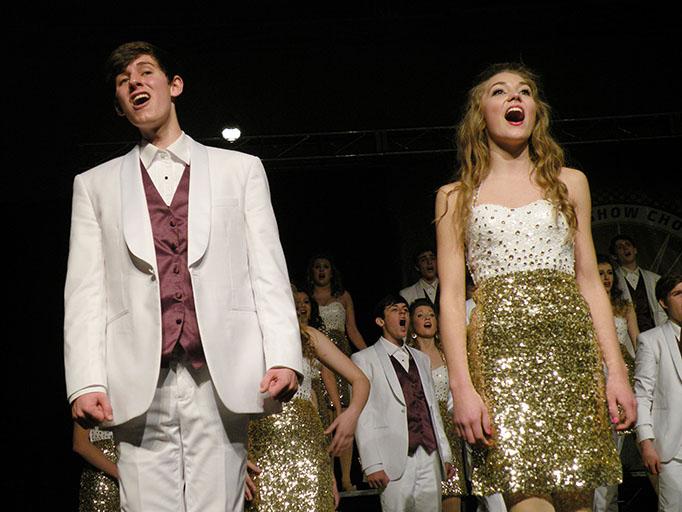 Sophomores Andrew Janni and Kylie Watson perform at the 20 year anniversary of Showzam. More than 30 show choirs were invited to participate in this event.

The annual show choir invitational Showzam! celebrated the 20 year anniversary Jan. 22-23 bringing more than 30 choirs to participate in the event.

Johnston choirs performed on both Friday night and during the day Saturday as exhibition choirs, meaning they did not compete.