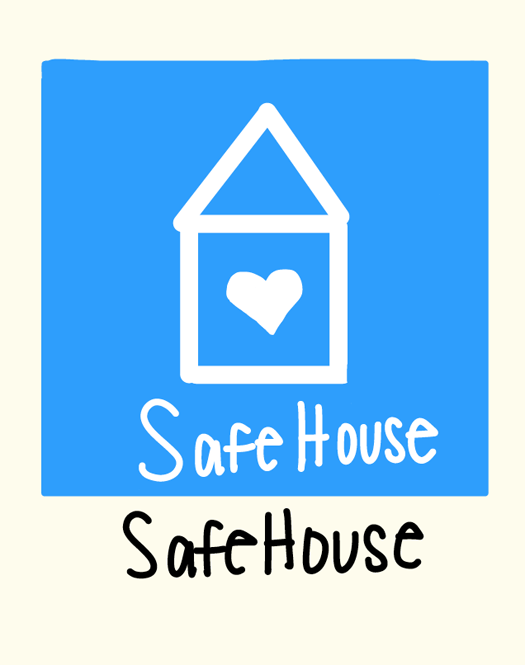 This is the icon for the app, "Safe House".

A group of seniors and a junior represented the high school in the Verizon App Challenge with their app, “Safe House”. Seniors Sarah Caporelli, Bailey Pohlman, Meredith Toebben Senad Besic, Elliot Suiter and Ross Kromminga were the seniors who made up the team, along with junior Caitlin Evans. “The Verizon App Challenge is meant to expand your knowledge of the STEM program by designing an app to better your community in some way, shape or form,” Evans said.

The group must develop an idea and do research for the app in their own time. Ann Wiley, the industrial technology coordinator, acted as a guide to the group of students.

“Basically you get a group together to solve a problem in your school or community and design what the app would look like,” Pohlman said. “Then you explain how it relates to STEM.”

SafeHouse is an app meant for kidnapping and rape prevention. It has many features to it, such as a panic button that will automatically call the police and a GPS tuned to find the safest routes. “The app will calculate the safest route to your destination by taking into account gas stations, restaurants, street lamps, police stations, and other public buildings on your route that are open at the time,” Evans said.

The app could potentially be the difference between life and death. “It has a rape whistle to alert other people around you that you need help and to hopefully deter your assailant,” Pohlman said. “It also can send a text or call to all your emergency contacts giving them your location and saying you need help.”

Not only does it have these features, but it also has a flashlight feature, a notification to send saying ‘I’m safe’, and a way to notify someone in order to be picked up. “You can send your coordinates to a select group of people that you chose if you think you’re in trouble (and a) 911 dial,” Toebben said. “Stuff like that to make sure you’re as safe as possible.”

The final submission was composed of an app concept overview, a video and an essay. “There are certain things we have to describe,” Toebben said. “Such as how the app works, how it affects our community, theres something called the STEM principals, does it affect science, technology, engineering, and mathematics.”

The group won best in state and is now competing in regionals. “I honestly didn’t think we would win, but I guess I didn’t really know what to expect either since this is my first year doing this, so I thought it was pretty cool,” Pohlman said.

The group is fairly confident in how they will do at regionals. “I feel confident in how we did it its just theres always something that you want to change,” Toebben said, “But it’s solid.”