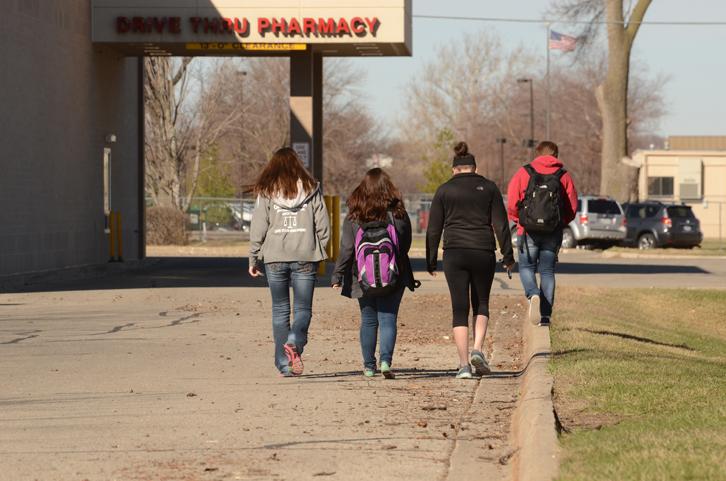 High school students who were parked at Walgreen's on the corner of 62nd Avenue and Merle Hay Road move their cars before they can be towed.

Students began parking at Walgreens as an alternative to the limited parking at the high school. With only 670 student parking spots available, more parking can be found at City Hall and NW 59th Court behind the football stadium.

An announcement was made March 31 that students who were parked at Walgreen’s will be towed if the cars are not immediately moved. Sophomore Nicole Hobson parked at Walgreens for the second time this year March 31.  “There are some people that park there every single day for the whole year,” Hobson said. “People are just doing it more now, so I think that’s why they are towing.”

Campus Monitor Jan Bjurstrom stated that roughly 1,000 parking spots will be in the new high school.