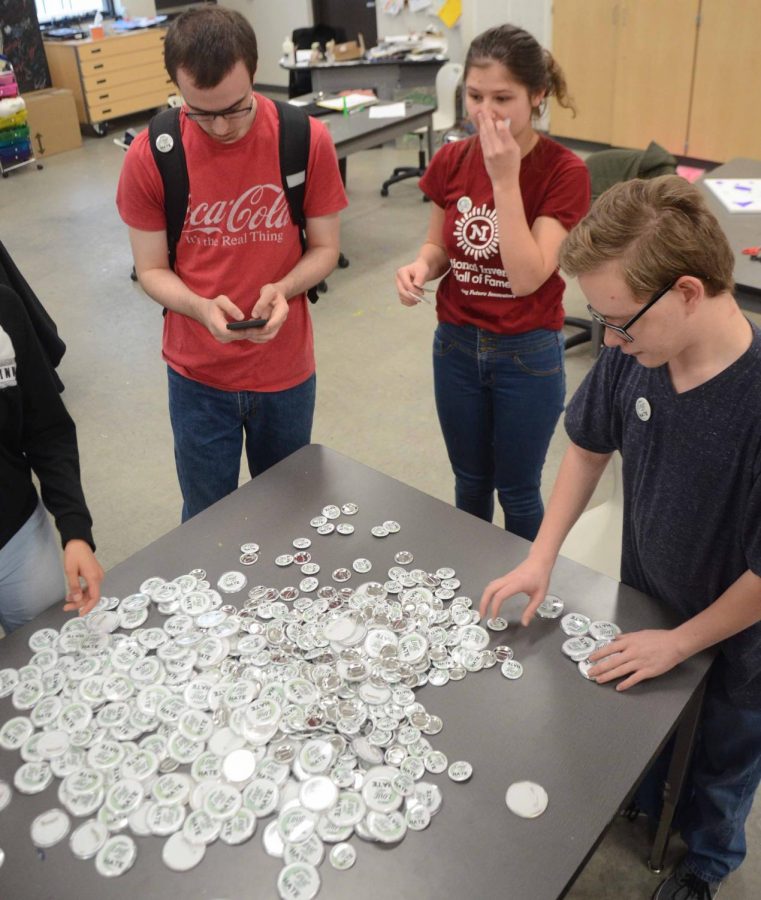 Dylan Ritter ‘18 counts out how many buttons were made during the three hours of work. The total reached over 550, not couting the buttons already taken by everyone who worked to make them.

Amra Smajlovic ’18 gathered students to assist her with making buttons. She decided to do this in response to a hate message created in by people in the United Kingdom encouraging people to harm muslims. Smajlovic talked with administration to see what she could do to help other muslims feel safe during this day.

With the help of the art teachers and multiple groups of students, Smajlovic managed to create over 550 buttons that they handed out April 3. The goal was to have enough buttons for every student and faculty member by the 3rd, but they bought out all of Hobby Lobby’s supply before reaching 1,640 buttons.

Multiple student groups including C.O.R.E., the Anime Club and Senior Art Studio helped to make buttons, staying after school for one to two hours in order to accomplish the 550 buttons. Production began during eighth period and lasted until 5:00. Smoljavic and a small group of students left during this time to see if Hobby Lobby managed to restock some of their buttons, and brought back approximately 40 more.

While handing out the buttons and slips of paper, students were asked if people could take multiple buttons to give to their friends and family. There were no buttons left to hand out by 7:30 a.m.