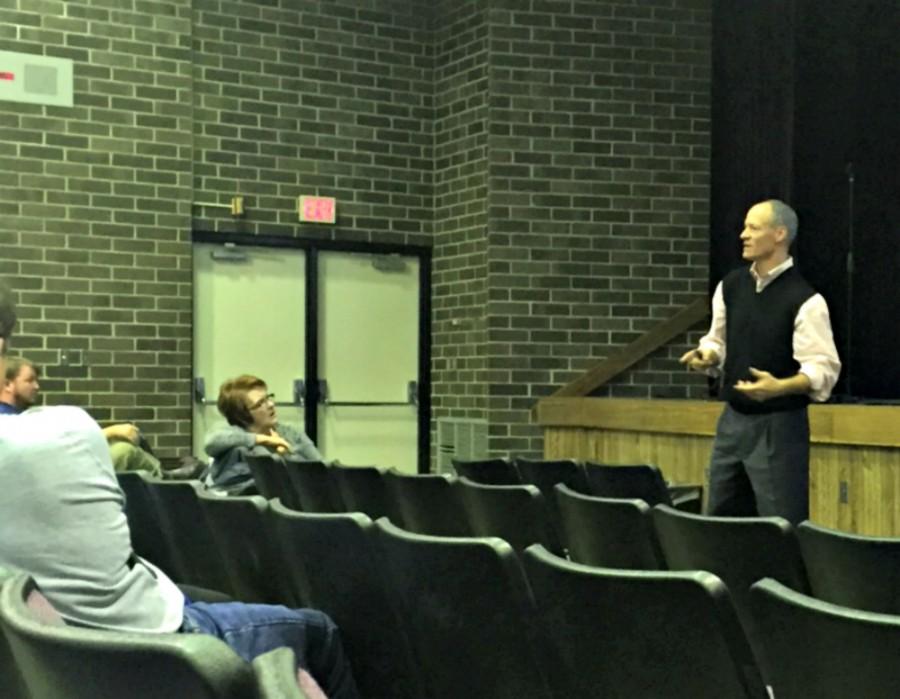 Dr. Jeff Kerber addresses an audience of parents. A community forum about signs of suicide and depression was held on Nov. 18.

A community forum about suicide prevention was held Nov. 18. The event invited speaker, Dr. Jeff Kerber of Unity Point Health to come and talk about the signs of suicide and depression. The forum also provided some statistics about suicide at both a national and state level. The floor was then opened up for parents to ask questions about what they should do for their children during a crisis. Around 50 parents attended the event.

There was controversy during the day about whether students were allowed to attend this forum. It was decided that the presentation was not targeted at students and kids so they were not allowed to attend. The school district reports that they are looking into having a similar event for students in the future.