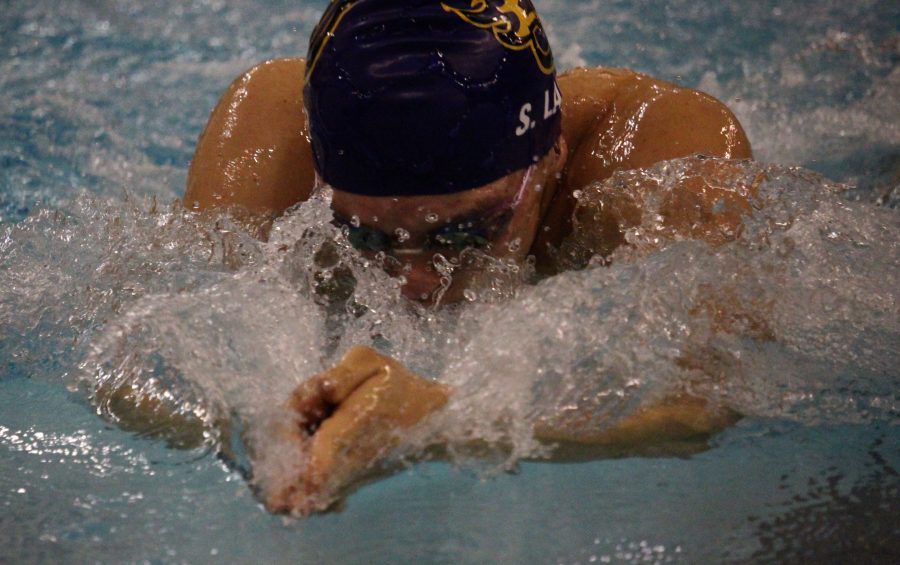 The varsity team also fell short, but Grant Fuhr and Alex Overton were not at the meet because they were competing at junior nationals.

Scott Lair won in the 500y freestyle and the 100y breaststroke.

Samuel Schmitz won the 500y freestyle race. “I felt proud I had beaten Dowling and that I had won an event in such a downhill meet,” Schimtz said.

The team competes next at Fort Dodge on Thursday, December 15.